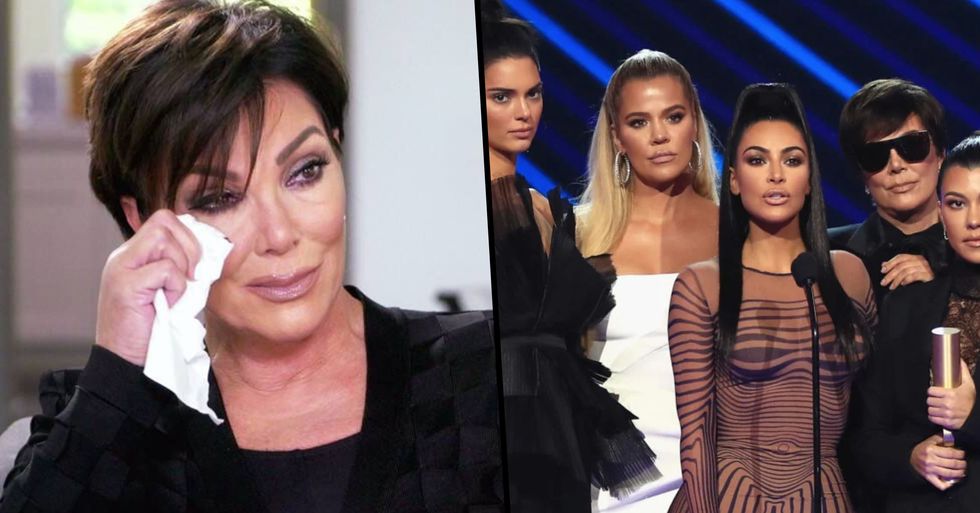 Kris Jenner Gets Emotional as She Reveals Reason ‘KUWTK’ Is Ending

As news of the end of KUWTK breaks, Kris Jenner has revealed the reason behind the end of the series.

News has broken that KUWTK is coming to an end.

Many fans have been left feeling heartbroken!

Now Kris has opened up as to why.

And got very emotional in the process.

One huge reason for the show's success?

It has to be momager, Kris Jenner.

This woman was made for reality TV.

And we can't bear the idea of her being off of our screens!

And it seems she's not so happy about the show ending, either.

Kendall has become one of the best-known supermodels in the world.

She's always got a trick up her sleeve.

And with news of KUWTK being canceled shakes the world...

Kris has opened up.

She spoke to Ryan Seacrest about the end of the show.

"You’re going to make me cry all over again," she said.

"I got very, very emotional this morning."

"I woke up and was in the gym at 5 with Khloé and Kim and we just kind of sat there and looked at each other and said, ‘Whoa, what a ride.’"

She claims they're "coming from a place of such gratitude."

The family is grateful for "every single moment."

Kris says they're "left with the best home movies we’ll ever be able to produce."

And as for why the series is ending?

"But the number 20 just seemed like the right time."

It's time "for us to take a minute and breathe and everybody slow down a bit."

"And figure out what our next steps are!"

"We’ve had such an amazing run."

"We’re so grateful … for every single moment and everyone we work with."

"It’s been a hard decision; I’m not going to lie."

Want more from Kris? Scroll on...