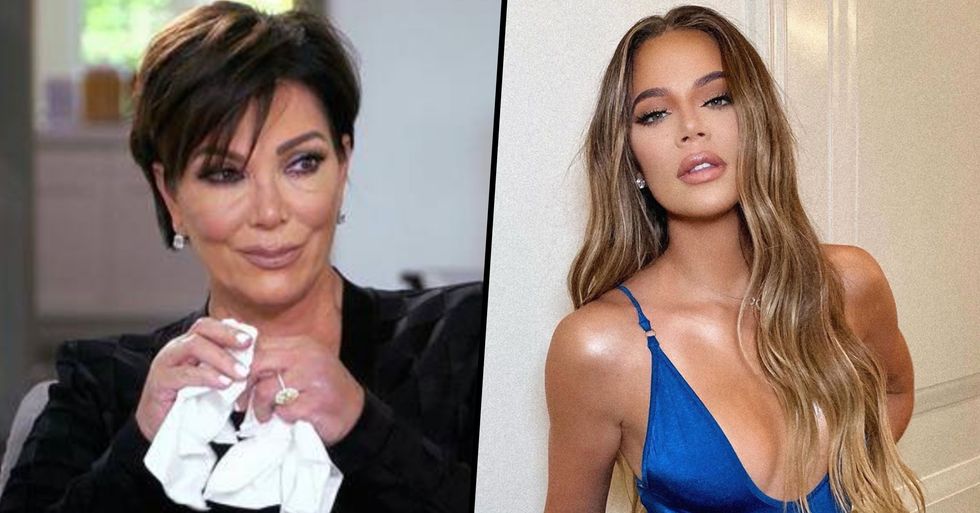 Kris Jenner has spoken out about the cancelation of Keeping Up With The Kardashians and she's claimed that Khloe Kardashian "hasn't stopped crying".

It seems that we're not the only ones struggling with the news...

It seems that one of the Kardashian sisters is taking the cancelation of Keeping Up With The Kardashians quite hard...

And she reportedly can't stop crying!

Now, the Kardashians are undoubtedly a media force.

The Kardashians are never far away from controversy.

There are just some things that they can't seem to get right.

The Kardashian clan can't seem to avoid controversy at every turn, and skeptics might even suspect they actually court it.

The sisters have been called out time and time again over the years.

This particular photoshoot from Kim certainly caused a stir.

Kylie in particular is known for having absolutely no transparency...

And her dishonesty about the numerous surgical procedures she has undergone to achieve her unrealistic body shape isn't at all a good example for the millions of young girls who follow her every move.

They've been in our lives (or should we say screens) for quite some time now...

So the announcement that KUWTK was coming to an end came as a huge shock.

Kim was the one to make the announcement.

Posting a retro KUWTK poster, she started by writing: "To our amazing fans - It is with heavy hearts that we’ve made the difficult decision as a family to say goodbye to Keeping Up with the Kardashians. After what will be fourteen years, twenty seasons, hundreds of episodes, and numerous spin-off shows, we are beyond grateful to all of you who’ve watched us for all of these years – through the good times, the bad times, the happiness, the tears, and the many relationships and children."

"We’ll forever cherish the wonderful memories and countless people we’ve met along the way. Thank you to the thousands of individuals and businesses that have been a part of this experience and, most importantly, a very special thank you to Ryan Seacrest for believing in us, E! for being our partner, and our production team at Bunim/Murray, who’ve spent countless hours documenting our lives. Our last season will air early next year in 2021."

It's the end of an era, and fans are absolutely distraught, to say the least!

Nah the fact that Keeping Up With the Kardashians is going to end next year is honestly the worst news av ever came… https://t.co/64cpn2oMLV
— Shannon (@Shannon)1599602654.0

i guess now that keeping up with the kardashians is ending i have no excuse but to keep up with myself
— malak (@malak)1599684595.0

It's just as hard for the family as it is for the fans...

And it turns out that Khloe hasn't been taking the cancelation very good... at all.

"I am so grateful and thankful to everyone who has supported us and been there through it all. I’m too emotional to fully express myself at the moment. My sappy post will come soon. Change is hard but also needed at times❤️💔❤️💔 I love you all. Thank you for the memories!"

And in a recent radio conversation with Ryan Seacrest, momager Kris Jenner opened up about how they're taking it as a family.

"We had to tell the crew yesterday, so we were all crying," Kris said during her chat on Wednesday.

"But I think Khloe is probably the one who is taking it the hardest and really hasn’t stopped crying since we announced. She’s been so sweet and just emotional about it."

And as for the reasoning behind the show ending, Kris said:

"I think the number 20 used to sound good until 2020, but the number 20 just seemed like the right time I think for us to take a minute and breathe and everybody slow down a bit… figure out what our next steps are."

For more on the famous family...

Keep on scrolling to check out their best bits from the last thirteen years...