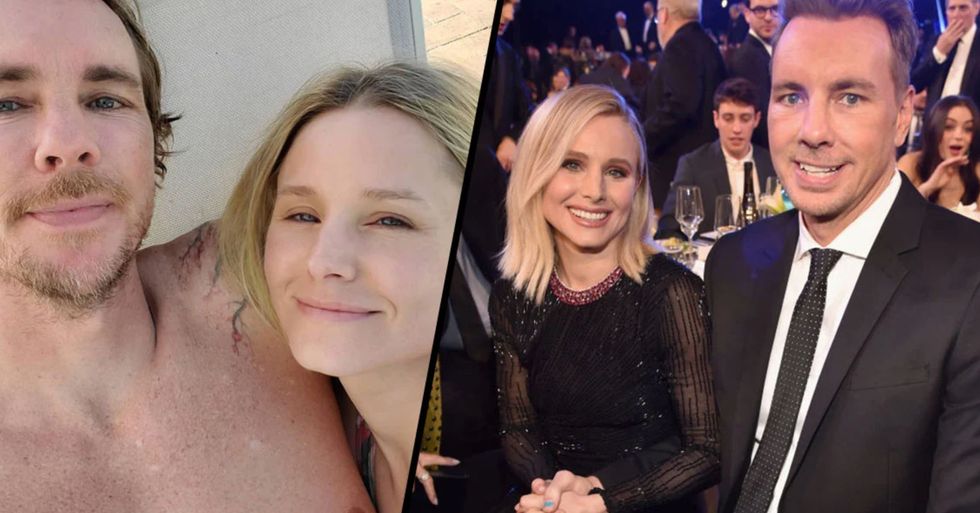 Kristen Bell and Dax Shepard have cemented themselves as one of the most iconic couples around and for good reason too.

They may be extremely famous, but they always manage to keep things real and they're always kind.

And now, the famous couple has announced that they will be enacting another generous deed amidst the medical and economic crisis.

Who is a multitalented actor, writer, director, and podcast host. Match made in heaven, right?

What's fantastic about Dax and Kristen is how open they are about how much work it takes to make a successful marriage.

The couple are open about both marriage and parenthood...

Dax has also been open about other struggles...

He's claimed, that from the age of just eighteen until the year 2004, he struggled on and off with substance abuse. He's now clean and living his best life, which is incredible.

And his wife has always been supportive of his journey.

Having an addicted partner is never easy, so we take our hats off to Kristen for constantly standing by his side.

All in all, they're a very unproblematic couple...

And a recent revelation about the pair goes on to prove this.

Of course, the world has currently come to a standstill due to the coronavirus pandemic.

Since January of this year, COVID-19 has taken the world by a storm and it has truly unleashed its devastating effects.

The virus has spread like wildfire across the world...

And so far, 17,451 people have died, with a further 400,456 have tested positive for the virus globally. These numbers are utterly terrifying.

Several countries have now gone into a total lockdown in a bid to prevent the spread of the virus...

And here in the States, hundreds of thousands have been left quarantined to their homes... without jobs.

Lots of people are struggling...

And many are struggling to make ends meet after being suddenly forced out of work.

Paying rent is a serious issue for many people right now...

But this is no longer so for the tenants of Kristen Bell and Dax Shepard.

They own at least 2 residential buildings, so they're officially landlords.

But Kristen and Dax have made a big decision for their tenants...

According to TMZ, the married couple has decided to forgo rent collection for next month amid the coronavirus pandemic, during which many of their tenants are without jobs as California is under a "stay at home" order.

They emailed their tenants last weekend with the good news...

The message expressed empathy and encouragement, and the manager - who is Dax's sister - promised to work with residents going forward as best as possible as everyone learns to adjust to the public health crisis.

Many landlords have also jumped on this bandwagon...

And a lot of lucky tenants out there face some easier times during this global crisis.

But for the majority of the population affected by COVID-19...

Times are extremely tough. Make sure to keep scrolling to learn about Washington State announcing a "stay at home" order...