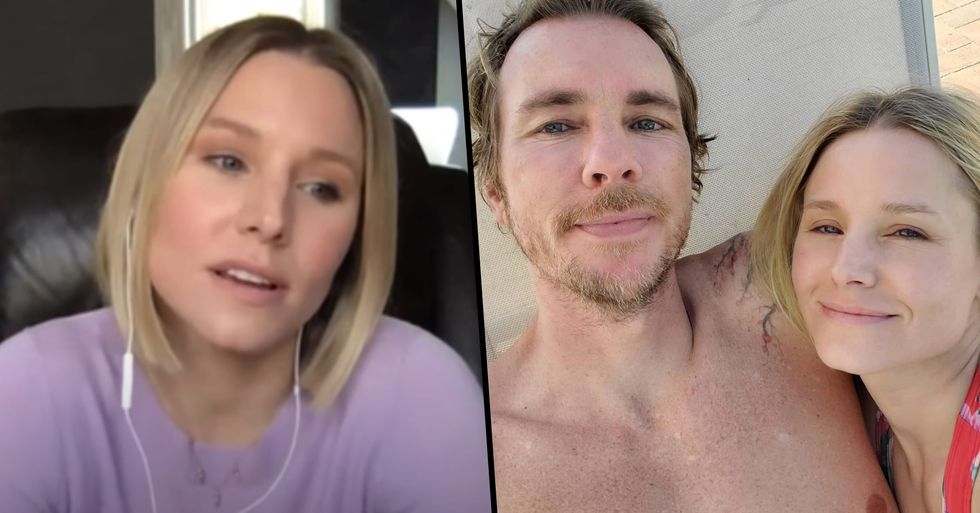 In a brand new interview, Kristen Bell has spoken out for the first time since her husband, Dax Shepard's relapse.

This comes just a month after Dax went public with his recent relapse.

And Kristen was commendably honest and on-the-line about the entire thing.

The star is married to Dax Shepard.

Dax is a multitalented actor, writer, director, and podcast host.

What's fantastic about Dax and Kristen is how open they are about how much work it takes to make a successful marriage.

Dax has also been open about other struggles.

He's claimed, that from the age of just eighteen until the year 2004, he struggled on and off with substance abuse.

And Kristen has always been supportive of his journey.

Having an addict partner is never easy, so we take our hats off to Bell for constantly standing by Dax's side.

In fact, Kristen has been incredibly supportive of Dax in the past.

"I know how much you loved using. I know how much it got in your way. And I know, because I saw, how hard you worked to live without it. I will forever be in awe of your dedication, and the level of fierce moral inventory you perform on yourself, like an emotional surgery, every single night [...] I'm so proud that you have never been ashamed of your story, but instead shared it widely, with the hope it might inspire someone else to become the best version of themselves. You have certainly inspired me to do so," she previously said.

Dax has been clean for sixteen years.

But, last month, the star shared the news on his podcast that he had relapsed and begun abusing opioid painkillers.

The actor said that he became addicted to painkillers after being prescribed the medication for an injury he sustained in a motorcycle accident.

Falling back into the grips of addiction.

This news, of course, is devastating.

Especially after so many years of sobriety.

In the podcast, Dax revealed that he eventually came clean with Kristen...

And asked for help to combat this relapse.

Now, Kristen herself has spoken out for the first time since her husband's relapse.

On Tuesday, the actress made an appearance on The Ellen Show via video chat.

During the interview, Ellen asked Kristen how her husband was doing.

Speaking about her husband, Kristen stated that “everybody’s up against their own demons."

Kristen pointed out how amazing it is that Dax was able to ask for help in the first place.

“The thing I love most about Dax is A, that he was able to tell me and tell us and say, ‘We need a different plan.’"

She went on to explain that she and Dax have a "plan."

In the instance that he needs to take any medication, Kristen must be the one to administer it.

“But he was like, ‘So we need a stronger plan. I was faltering and I have to do some sort of emotional work to figure out why I wanted to use again'."

The actress added that “one of the main reasons" why she loves her partner “is that he’s also addicted to growth."

“He’s addicted to evolving and he was like, ‘I don’t want to risk this family and I did, so let’s put new things in place to make sure it doesn’t happen again’," she explained.

Kristen also revealed that the couple are going back to therapy.

“We’re going back to therapy. I love that he’s addicted to growth and I will continue to stand by him ‘cause he’s very, very worth it."

Kristen will stand by Dax's side through thick and thin.

You can watch the full interview below.

We wish Dax all the best in his recovery.