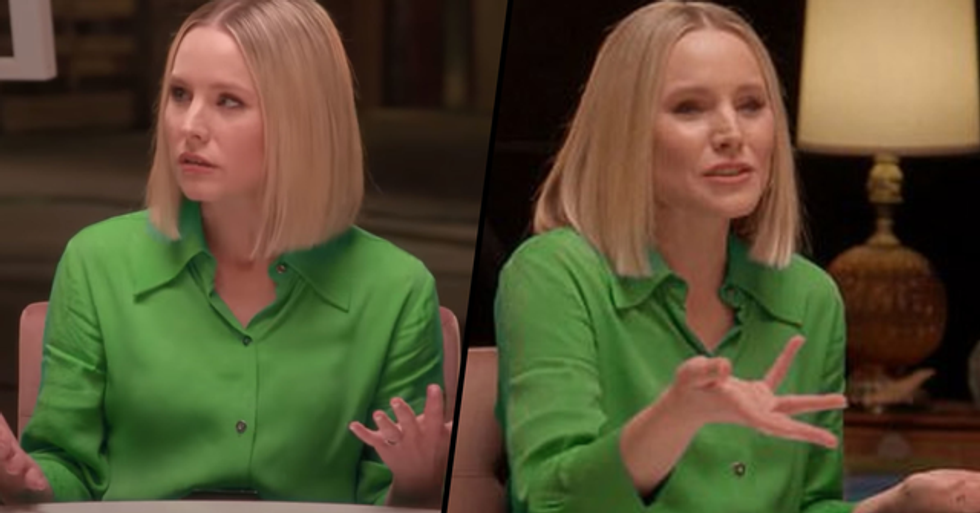 Dax Shepard is a busy man. The Punk'd star somehow manages to navigate his busy work schedule and raise his two beautiful children.

As a couple, it's amazing that Kristen and Dax find any time for each other. You don't become "couple goals" for nothing, and it's this dedication the pair put into their relationship that has made them the envy of Tinseltown.

But they're not perfect - and they're more than happy to admit it - as Bell's most recent social media storm proves.

Having an addict partner is never easy, so we take our hats off to Bell for constantly standing by Shepard's side. Honestly, these two are just the best.

In fact, Bell is incredibly supportive of Shepard.

"I know how much you loved using. I know how much it got in your way. And I know, because I saw, how hard you worked to live without it. I will forever be in awe of your dedication, and the level of fierce moral inventory you perform on yourself, like an emotional surgery, every single night [...] I'm so proud that you have never been ashamed of your story, but instead shared it widely, with the hope it might inspire someone else to become the best version of themselves. You have certainly inspired me to do so." Aw!

It doesn't seem like anything could bring the pair down.

And yet, there are still people out there hoping for their downfall - if only so that they can write a good story about it.

And once such source reached out to Shepard last year.

This email dropped into his inbox - and he seemingly couldn't resist putting the press on blast for attempting to point out difficulties in his marriage.

Not only is this clearly an invasion of privacy...

But it also seems to be the vaguest story ever ...? They're having troubles, because of Dax's past substance abuse issues, but they're also fine? Huh?

Sometimes, the best way to take down a nonsense story is to treat it like it's totally accurate. It only serves to depict the true absurdity of the lies.

But then things got even better.

But she offered him a helpful solution.

We'd love to see the response of this magazine if Dax had actually taken Kristen's advice in terms of response.

(Just FYI, Bell is joking. There's clearly no actual source for the story.)

But wow, what a way to prove to doubters wrong. Not only are they still doing great - but we all know: the couple who trolls on social media together, stays together.

Truly, this pair is inspirational.

Not only do they get the mushy, sentimental stuff right, they also manage to consistently retain a sense of humor - which is the real key to successful relationships.

Truly, they melt our hearts.

Long may they continue their social media reign of terror.

But what makes this couple even more amazing?

They don't pretend to be perfect - and are open about their fights and struggles as a couple.

And Kristen has revealed all about one which sounds like a doozy.

In the latest episode of Momsplaining With Kristen Bell, she admitted something about her 5-year-old daughter.

"Currently, my youngest is five and a half, still in diapers."

But the internet was not happy.

Many took to Twitter to mom shame the star.

Some had a conspiracy theory on the subject.

But the overriding reaction was this.

There's being relatable - and then there's oversharing! Want more from Kristen? Scroll on ...