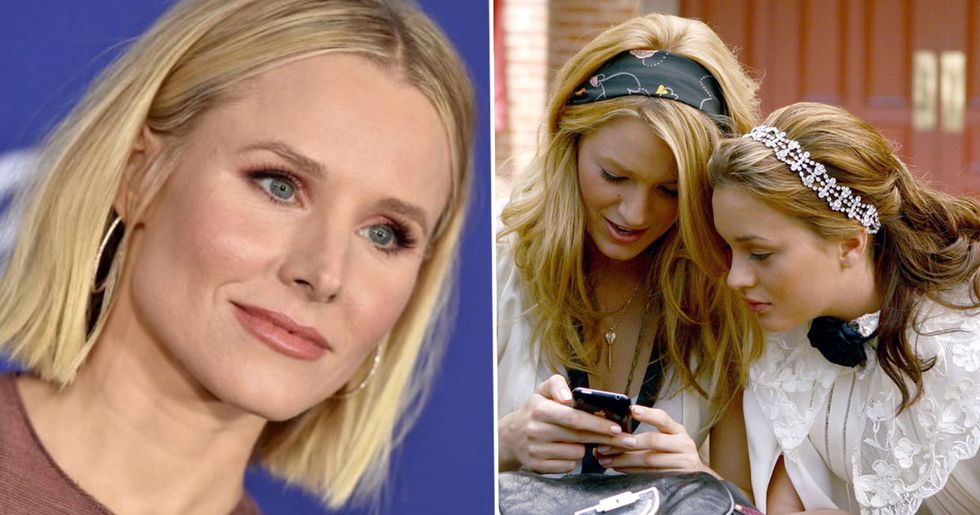 Deadline has reported that new streaming service, HBO Max, has ordered ten brand new, hour-long episodes of Gossip Girl. While it won't be too similar to the original, it'll be based on the same source material and has the same writer - and fans of the original are pretty excited about the news. Even better... Kristen Bell is confirmed to be returning to narrate the reboot.

Series creator, Josh Schwartz, did, however, reveal that they had reached out to the original cast...

“We’ve reached out to all of them to let them know it was happening, and we would love for them to be involved if they want to be involved," he explained.

According to The Hollywood Reporter, social media will play a major role in the reboot.

And the revamp will reportedly take place 8 years after the original GG closed its doors.

Schwartz explained that the new version will "take on a different tone."

"We’re excited about being able to tell us a different version of the story, and with different levels of restrictions, and obviously, also with streaming, there are fewer episodes. So how you unpack those stories, or how you tell those stories can obviously vary different from a broadcast model," he said. "But obviously, we want it all to kind of come out of character. What feels organic to the tone of the show won’t be button pushing just for the sake of being able to do it. Maybe a couple ‘sh*ts’ will [get] thrown in there just because we can."

Though there will be one familiar face (or voice) returning from Gossip Girl's past.

Kristen Bell, who played the OG voice of Gossip Girl, has been confirmed to reprise her narrating role in the reboot.

Kristen Bell had previously been pretty secretive since the news of the reboot broke.

When asked if she would be returning to lend her voice once more, she remained fairly vague: "Maybe. I’ll never tell." But it ultimately looks like they've won her over.

Josh Schwartz and Stephane Savage confirmed the news in a statement to TV Line.

"Kristen Bell has always been and will always be the voice of Gossip Girl."

Safe to say, fans were pretty excited by the news...

But for some, the news brought a whole new revelation.

Turns out some fans didn't even know Kristen narrated the original!

And it seems many others were dropping major hints about who else they want to see in the reboot.

As you'd imagine, Blake Lively was a popular choice.

While we all know the show won't be the same as the original...

But maybe, done right, it'll be just as good in its own right - especially given the fact that the iconic voice of Gossip Girl will remain the same.