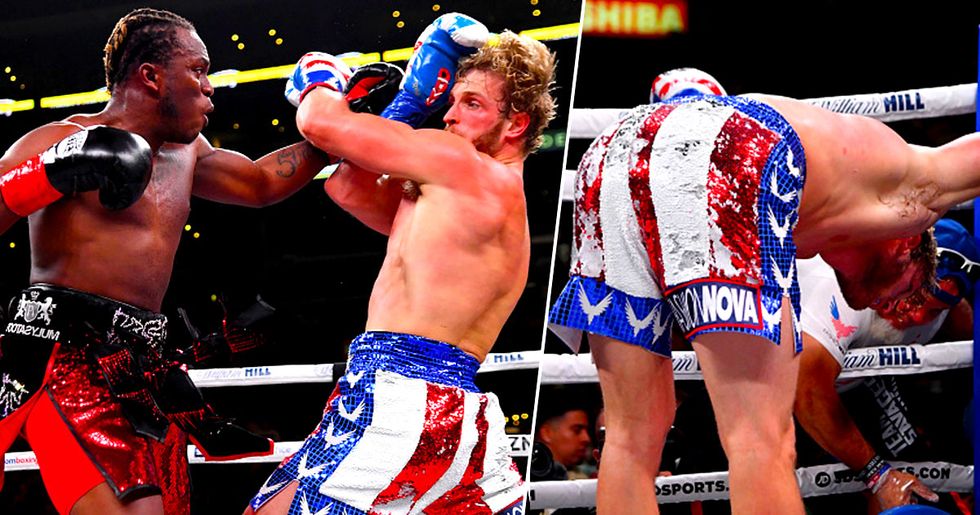 Yes, that's right I'm talking about Logan Paul vs KSI. One of the most hyped-up fights of the year and boy was it a showdown!

The yank isn't happy, but all those on the other side of the Atlantic are overjoyed. Keep scrolling to learn more about Logan Paul, KSI, and... The Fight!

LET'S GET READY TO RUMBLEEEEEE!

But there are some things that he has done for fame that many found unforgivable.

The Youtuber has had his fair share of controversies within recent years. His channel seems to aim at stirring up controversy, actually. Logan's videos include radical stunts, distasteful jokes, and the charm of what one would call, "an entitled frat boy."

And what about KSI?

KSI is a.... well, yeah you guessed it, he's a YouTuber too. He also does bits and bobs (like a Millenial handyman) as a rapper and essentially an all round Internet personality.

Born as, Olajide Olayinka Williams 'JJ' Olatunji, he goes by the name of KSIOlajideBT on YouTube and made a name for himself posting commentary videos of Fifa.

As of October 2019, KSI has received over 20 million subscribers and 4 billion video views, which ranks him as the sixth-most subscribed and nineteenth-most viewed YouTuber from the United Kingdom. These BIG statistics also place him among the top 120 most subscribed channels on the site.

But who'd win in a fight?

It's that age old question isn't it? Who. Would. Win. In. A. Fight? You can have all the subscribers in the world but in the words of Bugsy Malone's suspiciously young boxing gym owner friend: 'Can you punch like a south-bound train?'. You might as well quit, if you haven't got it.

Billed as the biggest event in YouTube history, the stage was set in Manchester, United Kingdom, where KSI 'The Nightmare' and Logan 'The Maverick' Paul were set to end their bad blood! But... it was actually a pretty dull draw.

So what does that mean?

So here we are again.

It's time for redemption. Time to prove yourself. Time to end this petty foolery nonsense once and for all. And that's exactly what KSI 'The Nightmare' did. Albeit following a split decision.

The fight was in LA.

November 9. Staples Center, Los Angeles. 9pm. A time and a date which will no doubt go down in the history books. Why's that? Because this is when they finally got to business. Scheduled for six three minute rounds fighting at Cruiserweight, KSI reigned victorious after a relatively impressive performance.

It was a split decision victory.

The first four rounds of the fight were a total domination job by KSI who landed far more punches and overall just seemed much more like the aggressor. In round four Logan got his chance and landed a smashing uppercut on the Brit which sent him hurtling down to the canvas.

But Paul made one BIG mistake.

Instead of fighting properly, Paul opted to fight dirty, and as KSI was falling down, he decided to throw another two shots. One to the back of his head, and another as he finally hit the canvas. In what would've been a 10-8 round for Paul, he actually had two points deducted.

Following the fight the pair embraced and Paul seemed to agree that the result was accurate. Their differences will continue, however. With Paul looking for another fight with KSI, and KSI claiming that it is done. Who knows what the future will hold? A lucrative sponsorship deal most probably.