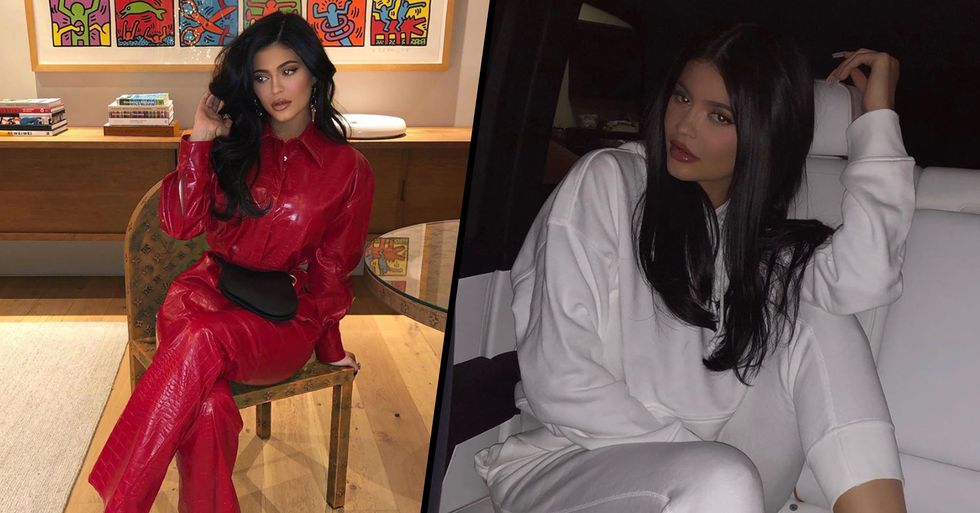 Ah, the Kardashian/Jenners... not a moment seems to go by wherein there's not some kind of drama, scandal, or backlash. They're always hitting the headlines for something - and usually, it's all for the wrong reasons. And of course, the youngest of the clan, Kylie Jenner, is no exception.

This week, instead of people losing their minds over her lip fillers, her slightly problematic outfits, or her dangerous driving, people are extremely offended by her newest hairstyle.

The comments are brutal...

Inbetween 2014-2015, Kylie's lips were noticeably fuller and much plumper. Lip fillers were very much apparent, but Kylie continuously denied having surgery and instead she blamed her sudden change in lip size on lip liner alone. Keep scrolling to find out what recently landed the star in some big trouble.

And her beauty brand wasn't the only thing keeping Kylie in the limelight...

And when Kylie and Tyga called it a day on their relationship...

But that doesn't mean she's strayed far from controversy.

Quite the opposite, in fact.

The star has landed herself in some hot water this week.

And it's all down to her new hairstyle. Apparently Gwen Stefani was the inspiration behind the photoshoot. Either-way, fas are far from impressed. Now, her comments are filled with people calling out the star for the offensive new do, branded it as cultural appropriation.

This wouldn't be the first time accusations like this have been thrown at one of the Kardashian/Jenner clan...

Sadly, it seems the concept of cultural appropriation seems to go over their heads. Kim Kardashian has even recently been accused of blackfacing after a shocking image surfaced. Read more at the end...

Fans were not impressed with Kylie...

Many accused the star of "wanting to be black." Keep scrolling to see the controversial photo.

"What's w/ the KarJenners & fetishizing black women?!" wrote one angry user. "You think she would learn at some point, smh," said another.

To find out why Kim Kardashian has been accused of blackface, keep scrolling. The picture is shocking...