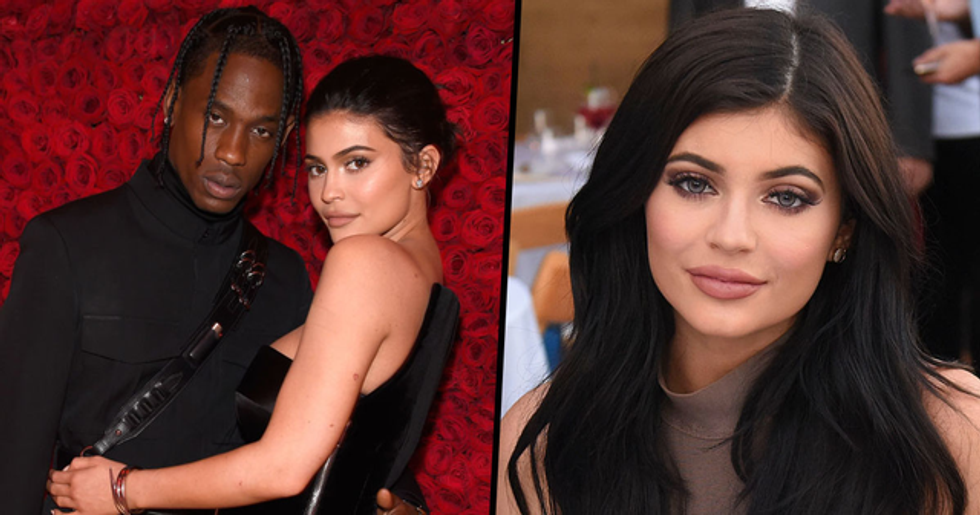 If there's one thing you can count on, it's the Kardashian crew dominating the headlines. With so many of them, there's bound to always be something new and exciting going on. In the past couple of weeks, that "going on" has been the cheating scandal concerning Khloe and her baby daddy Tristan Thompson. To make matters all the more scandalous, the third participant in the affair was none other than Kylie Jenner's BFF, Jordyn Woods.

Things still seem up in the air with that story, and it's now set to get a whole lot more complicated. Jenner has proved that the urge to cheat is clearly an epidemic, accusing her boyfriend (and the father of her baby) of doing the dirty, and claiming she had the evidence to prove it.

Travis Scott has reportedly postponed a concert to head home and deal with the fallout. We hope things get worked out, for Stormi's sake!

The Kardashians are probably the most famous family in the world.

In fact, the're far more than just a family - they're a business empire. The five Kardashian-Jenner sisters are amongst the most influential people of the moment. (As a side-note: how great is this throwback picture?)

The power the sisters hold had fairly humble beginnings.

It all started with a simple reality television show. Now, Keeping Up With The Kardashians is now one of the longest running and most-watched shows of all time.

Kylie Jenner is the youngest of the sisters.

When the show began, she was pretty much still a kid. Now twenty-one years old, she's a successful businesswoman and mother to a one-year-old Stormi.

Jenner has spun her reality TV success into a sustainable career.

Jenner has one of the most recognisable faces in the world.

She's also managed to maintain a consistent high-level of public interest in her life, which takes a lot of skill. Being famous for being famous isn't easy!

Jenner also has a cosmetics empire.

With her brand of makeup, Kylie Cosmetics, Jenner has overtaken established beauty giants, and is reportedly the first self-made cosmetics billionaire.

She's also pretty much the queen of the selfie.

Jenner was really one of the pioneers of the Instagram generation, and currently has an unbelievable 128 million followers on the platform.

While Jenner is known as an individual, she's still very much part of the Kardashian family.

Alongside her sisters, she's an almost unstoppable force of celebrity. From left to right, those sisters are Khloe, Kendall, Kourtney, Kim and, of course, Kylie.

The most recent scandal? A cheating debacle involving Khloe, her baby-daddy Tristan Thomas, and another women named Jordyn Woods.

But Woods was no ordinary "other woman."

She was the BFF of none other than Kylie Jenner - the younger sister of Khloe. It's like something out of a soap opera!

The complexity of the drama was intense.

The interconnected nature of all the major players in the story made it absolutely incredible in terms of scandal.

The news took the world by storm.

In fact, it seemed the story was all anyone could talk about. Even those who generally stayed out of the Kardashian stories couldn't resist investigating this one further.

Some saw it as a calculated PR move.

It's true that matriarch Kris Jenner does seem to have an uncanny knack for spinning the lives of her daughters into headlines - and this recent drama has been particularly huge.

Jenner has, for the most part, managed to stay out of it.

It appears she's cut off her friendship with Woods and distanced herself from the story as much as possible. But a recent development suggests Jenner may have other things on her plate.

Jenner has been with musician Travis Scott since 2017.

The pair are pretty cute together, and often refer to each other has "hubby" and "wifey" - showing that they're also pretty serious.

They're not averse to a PDA.

As you'd expect with a Kardashian-Jenner, the romance between the two has been fairly public, and well documented through social media.

The pair also pulled off an incredible publicity stunt.

They managed to keep news of Jenner's pregnancy under wraps for an entire nine months, only revealing the pregnancy on the same day as they announced the birth, with this adorable YouTube video.

As you'd expect from two celeb hotties, she's absolutely adorable, and her cuteness is well-documented on Jenner's Instagram.

So it seems Jenner and Scott are something of a dream relationship.

They're often seen in public being super cute with one another, and seem to genuinely really enjoy each other's company.

At the end of last year, their relationship was rocked.

Pictures surfaced of what looked like Travis getting intimate with another woman. Luckily for Jenner, these pics were soon proven to be fake.

Many of the Kardashians spoke out on the issue.

It did seem that the prank was particularly cruel in nature, and designed to try to disrupt a happy couple with a super young child.

And it seems the couple recovered just fine.

Since the faux-scandal, the two have been back to being love's young dream on social media once more, including sharing plenty of adorable family snaps.

Because news has just come out about another cheating scandal - and this one doesn't appear to have been faked as a YouTube prank.

TMZ claimed Jenner had accused Scott of cheating, and presented him with "evidence" as to his discretion. The pair reportedly had a huge fight over the accusation.

What seems to back up the story is Scott's postponed concert.

The venue have claimed Scott postponed because he was ill - but TMZ have claimed he actually flew back to Los Angeles to try to sort things out with Jenner.

And the internet is pretty upset.

It just seems like the Kardashian-Jenners could really use a break from relationship drama. People are ready to attack Scott if the rumors are true.

Some fans are heartbroken.

It's always sad to see a relationship face problems - but even more so when the relationship is so public that you almost feel like a part of it. On top of this, it's important to remember Stormi.

Some have been a little less sympathetic.

One Twitter user pointed out how this is just the latest event in a long line of... let's just say "overlapping" relationships.

People suspect Scott may have made an expensive mistake.

Jenner has already kicked Woods out of her home, and cut her off from the Kardashian estate. It seems if you wrong Jenner, she can get you right where it hurts - in the wallet.

Scott has made a statement denying the rumors.

A representative for Scott has told Entertainment Tonight, "Travis Scott vehemently denies he cheated on Kylie. It is not true. He did not cheat. He cancelled one show tonight because he is under the weather." We just hope the rep isn't lying!