Kylie Jenner and Travis Scott Are Officially Back Together | 22 Words 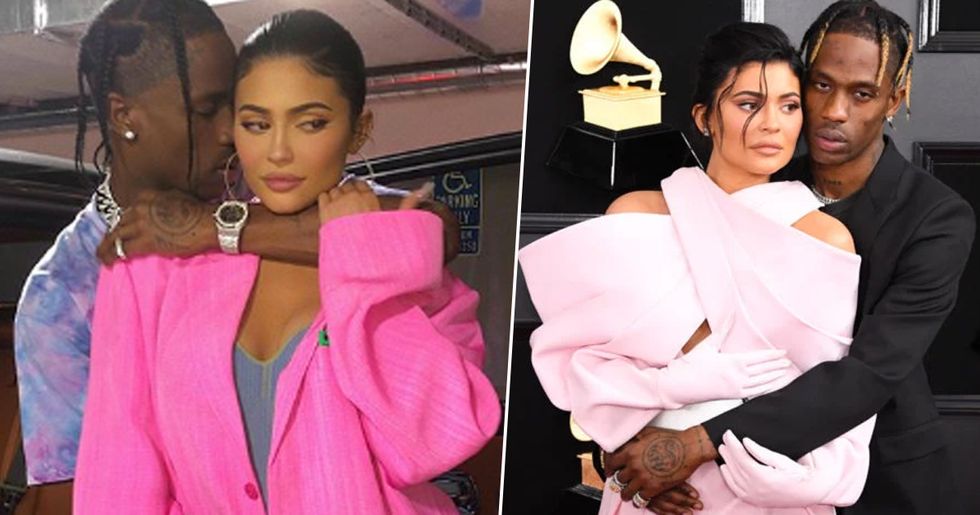 Kylie Jenner and Travis Scott Are Officially Back Together

It's been just a few months since Kylie Jenner and Travis Scott called it quits, but now it looks like they're back together.

Taking to Instagram, Kylie dropped a number of massive hints suggesting that they're back together and that they're happier than ever.

AND now it's official!

But then Kylie and Travis broke up.

Much to the upset of their fanbase, the power couple parted ways in October 2019.

But after a while she dropped hints they were back.

The first sign was when she shared a few pictures of herself and Travis from right back at the start of their relationship... You wouldn't do that to an ex would you?

Kylie posted a pic of herself sporting Scott’s as of yet unreleased sneakers, designed in collaboration with Nike... Again, not the sort of gift you'd get from an ex...

THEN a source spoke out.

Speaking to People, a source close to the couple explained that Travis and Kylie are very happy at the minute, however it remains too early to say if they are 100% a couple again.

And now it's official.

According to TMZ, Kylie and Travis Scott are officially back together now and they have been for several weeks.

They're back for good, although they don't want to make a big deal out of it, however the regularly share the same roof, child, and rarely see other people.

Kylie and Travis both benefited from last year's breakup. Apparently the time apart was good for both of them because they needed some space.

The band is back together.

Kylie and Travis are perfect for each other on numerous levels ... in addition to a strong family bond, they're both incredibly successful.

We wish them all the best.

It's good to see you guys happy again.