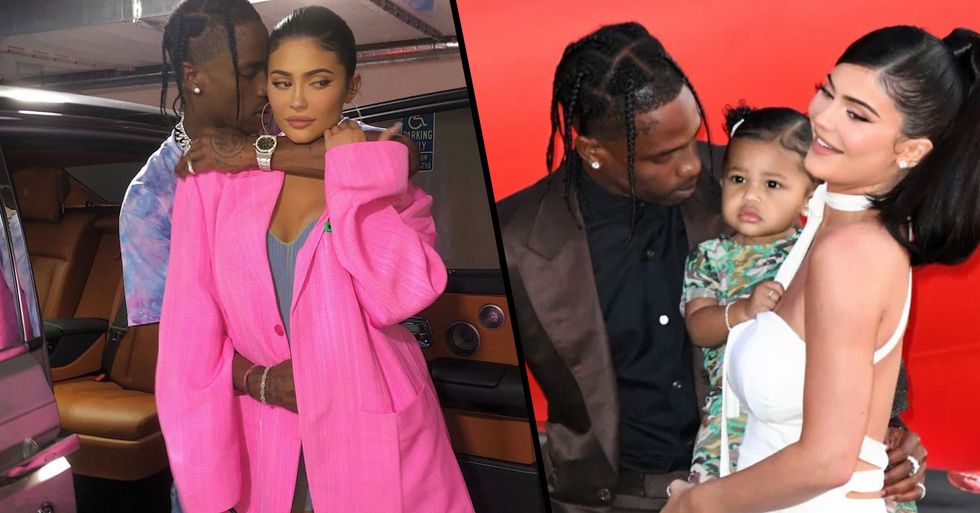 The couple always looked incredibly loved-up, so we were all pretty shocked when their split was announced last October. But now Kylie is reportedly keen to expand her family...

Keep scrolling for the full story... this is slightly bizarre.

The couple also have a daughter together.

The pair called it quits for good in October 2019.

The news came after Scott was notably absent when Kylie attended Justin and Hailey Bieber's wedding with Stormi, but without her beau.

They were last seen together at Travis's Netflix documentary premiere a month earlier.

It seemed come pretty out of the blue...

In fact, just weeks before their separation, the couple posed for Playboy magazine looking rather smitten. Sources claimed that the pair had "been trying to make the relationship work for a while," and inevitably decided to walk away from their relationship.

Apparently their split was a simple case of wanting different things.

"There were several issues that made them decide to take a break," a source close to Kylie told People at the time. "Kylie is all about family life and really wants a second baby. She still has trust issues with Travis. He hasn't been giving her the commitment that she needs. Travis isn't ready to give her all that she wants."

The pair continue to co-parent their daughter together...

Stormi remains their number one priority.

Shockingly, this week, claims have surfaced that the pair are planning baby number 2...

Yes, you read that right. Keep scrolling to find out how the whole thing will work.

Kylie has been vocal about wanting a second child in the past.

They may not be officially dating, but it seems Kylie is still keen on having another kid with her ex-beau.

“Kylie’s convinced herself there’s no better option out there than Travis, who totally gets her and is a perfect dad as well as someone who can cope with her fame levels," a source revealed to RadarOnline.

So... if they aren't together, how would the living situation work?

Well, the pair haven't worked that part out yet. “Things are still being worked out in terms of Travis moving back in, but they’re both set on making this reunion work for the long-term and giving Stormi a sibling ASAP," the source revealed.

There's a good chance they might get back together...

“Kylie says their split was just a minor bump along the way and that this is the man she with whom she wants to grow old — and have at least one more kid." Perhaps they'll rekindle their old flame? Who knows. Kylie has recently been caught in a media firestorm following her behaviour amid the Australian bushfire crisis. Keep scrolling for the full story...