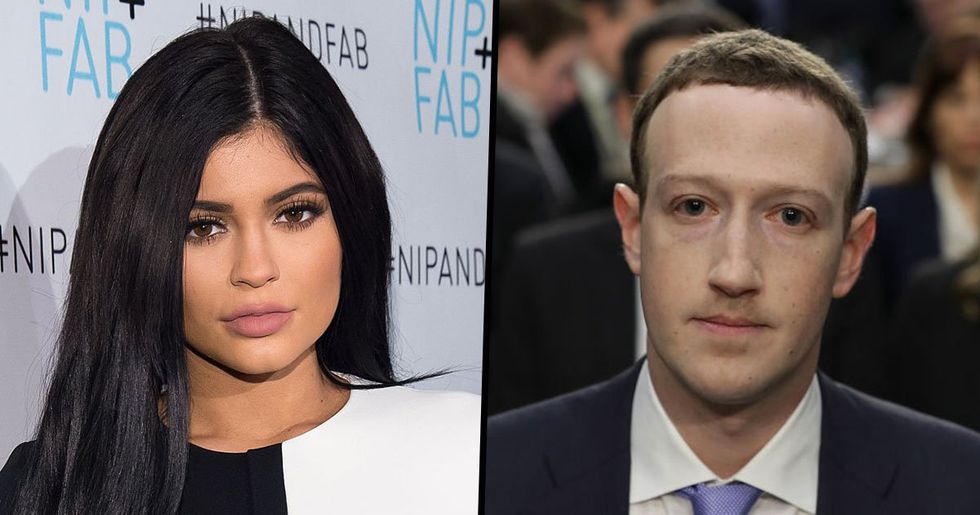 For someone aged just twenty-one, there's no denying Kylie Jenner has achieved a lot. She's the star of one of the longest-running and most successful reality television shows of all time, one of the most influential women on the planet, and even a mom to one-year-old Stormi. While many still see her as the youngest of the Kardashian gang, it's clear she's so much more.

Forbes has just released its list of billionaires and there's some surprising names. One of these being the youngest Kardashian who made history with her inclusion.

They're more than just a group of sisters - they're a business empire. Each of them had multiple successful ventures and they're among the most recognisable faces of the moment.

The family came to fame on a very popular reality show.

Keeping Up with the Kardashians has been running since 2007, making it almost twelve years old. It's one of the most viewed reality TV phenomena of all time.

Kylie was nothing but a kid when the show started.

But she's grown up into a super successful girl boss, and stepped out of the shadow of her elder sisters.

Not bad for the tender age of twenty one.

Kylie has grown from being a fan favorite on the show, to a social media queen and entrepreneurial businesswoman.

She has over 128 million followers on the app, and until the recent egg-related drama, was the proud record holder for the most-liked pic of all time.

On top of this, Jenner is also a mom.

She had a baby girl with her boyfriend, rapper Travis Scott, in February of 2018. In one of the most impressive publicity stunts of all time, she managed to keep her pregnancy secret until the birth of Stormi Webster.

Kylie has a truly multifaceted career.

But what she's proven to be the most lucrative source for her is the cosmetics industry. Kylie first dipped her toe in the world with some lip products in 2015. Since then, the business has boomed.

Kylie Cosmetics is one of the most successful brands on the planet.

Kylie has cleverly expanded her product range from just lips to makeup for the whole face. It seems every product she launches seems destined to be a smash hit.

In a piece about young women billionaires, Forbes claimed Kylie was set to become the most successful young businessperson in the world, valuing her cosmetics empire at a whopping $900 million.

The internet had a rather strange reaction.

Some fans set up a donation page for Kylie, trying to speed up her ascent into billionaire territory and knock Mark Zuckerberg off his throne.

Kylie Cosmetics really took after after launching in Ulta.

The real-life availability of the products led to a pick up in sales, plus helped many customers discover the products for the first time.

And it clearly paid off.

Because Forbes have just announced in the annual list of billionaires that Kylie has made the cut. She's the youngest person ever to do so.

Forbes is revealing its annual list of the world’s billionaires, and Facebook founder Mark Zuckerberg has to give u… https://t.co/jlOj995eZJ
— TODAY (@TODAY)1551793216.0

Before she made the cut this year, the youngest ever addition to the billionaire list was Mark Zuckerberg. The Facebook founder hit the huge milestone when he was twenty-three.

Although some weren't too thrilled with the news.

Many see the sheer existence of billionaires as a failure of the system of capitalism - especially when many live in a state of constant worry about money.

Others had a different issue.

Many quibbled with the "self-made" status of Kylie's fortune. It's certainly true that if she wasn't a member of the world's most famous family, it's unlikely she'd have made the Forbes list.

While it's true she's been clever with her line, some believe she'd be nothing without her status.

Kylie was born into money, meaning investing in her business was never a source of stress. She also managed to turn her reality TV roots into a homemade marketing campaign for her products.

However, some pointed out the definition of self made.

All it means is that she created the company, and didn't inherit it after it was already turning a profit. In that case, the description perfectly fits Kylie Cosmetics - the clue's in the name!

Although we have to agree with this Twitter user - surely now she's worth a billion, Kylie can spare a few dollars for us?

We're sure Kylie isn't worried about the haters.

And we're pretty sure we wouldn't be either, if we had a billion reasons not to care. It's clear Kylie is living her best life.

And for those who say she's famous just for being famous?

Well, we'd like to hear how you plan to make a billion dollars by the age of twenty-one. In spite of some obvious privilege, not just anyone could do what the Kardashian-Jenners have - and we aren't hating!