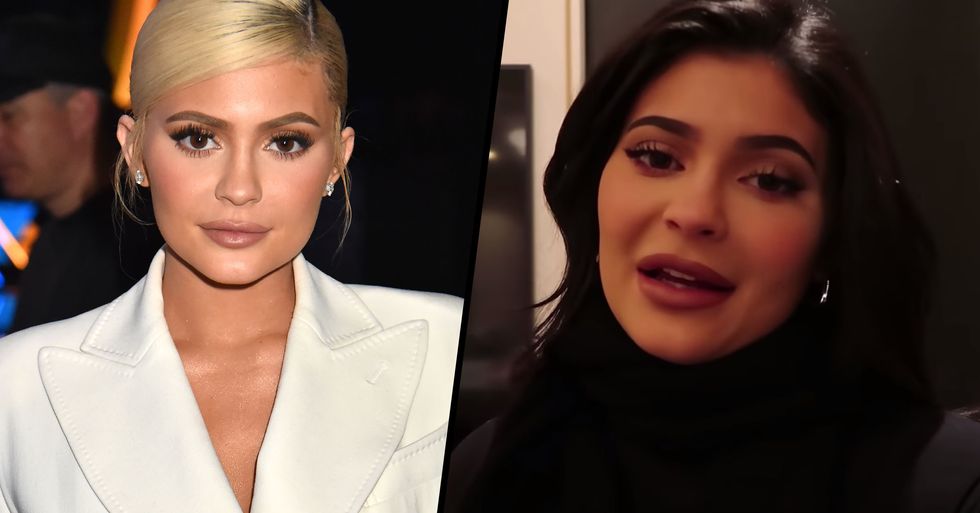 It's no secret that the Kardashians/Jenners live a privileged and sheltered life. In fact, they make an entire living out of flaunting every aspect of their wealth. From lavish getaways to luxury cars, fans have seen it all.

But it seems that the youngest of the clan, Kylie Jenner, has finally found some compassion after facing a huge backlash in regard to the bushfire crisis in Australia.

Desperate to not be left behind by her supermodel sister Kendall, Kylie grew up at an alarming pace - starting by altering her entire appearance.

She is now even a mother...

Stormi Webster was born on February 1st, 2018 and Kylie and the father, Travis Scott, managed to keep the pregnancy a secret for the entire 9 months.

The beauty mogul has found herself in hot water after a rather controversial choice of footwear.

Kylie posted the snap of her new shoes just hours after mourning the one billion animals killed in the Australia bushfires.

"This breaks my heart," she wrote in the caption about the bushfires. FYI, the current statistics show that twenty-eight people and a billion animals have so far died from the fires in Australia, and over 2,000 homes in New South Wales alone have been completely destroyed.

People have been branding her as "disconnected" and  a"hypocrite."

Fans didn't hold back after seeing the snaps. "Seeing Kylie Jenner post about the koalas being killed by the fires in Australia followed by a picture of her wearing mink sandals on her instagram story really made me realize the extent to which the Kardashian family’s stupidity reaches," commented one user.

It was definitely a careless move to post those real fur sliders afterward... plus, wearing real animal fur isn't cool.

People also began to criticize the family as a whole...

Kylie and her famous family haven't spoken of making any form of a donation to the country, despite being one of the wealthiest families in the world who consistently boast their excessively lavish lifestyles.

But big sister Kim stood up for herself and her family...

Her tweet that fired back at critics strongly suggested that the Kardashians had actually donated and they had just simply decided to not be public about it.

Of course, there isn't any proof...

Kylie has decided to show some generosity and compassion...

PEOPLE has exclusively confirmed that Kylie has donated $1 million to various relief efforts in Australia.

Kylie admitted that her choice of Instagram posts was a mistake...

And she wants it to be known that she does care about what Australia is going through right now, a source at PEOPLE said.

Even though it was very careless and selfish to flaunt real animal fur products...

“That post was completely unintentional," the source said about the mink slippers. “Kylie stands behind her desire to want to help provide relief toward the devastation the fires have caused."

But Kylie has redeemed herself...

And $1 million can truly go a long way, especially for a country in need such as Australia.

Many are pointing out that $1 million is absolutely nothing to billionaires like Kylie Jenner, and despite any form of a donation being appreciated, the people who have it all should be giving more.

Does Kylie really care as much as she makes out?

kylie jenner is so annoying, she knows people are calling out her family so she donated 1M to australia after that… https://t.co/mdRaoRty0m
— Laura. (@Laura.)1578468110.0

Others believe that Kylie only donated the money due to public demand and pressure, and if it wasn't for the world calling her out, she wouldn't have done anything.

There will always be haters out there for Kylie Jenner, and all we can do is hope that the money she donated will make a small difference to the unfortunate people of Australia.