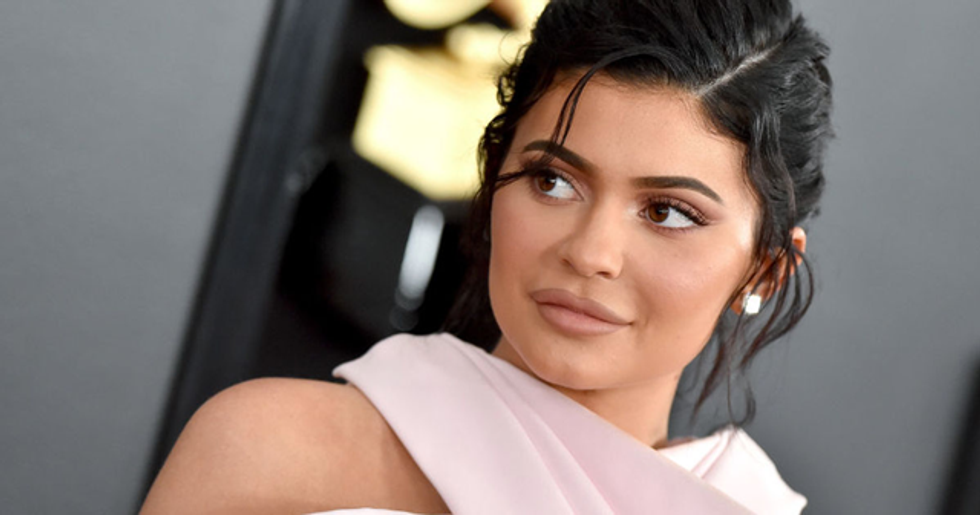 And as you'd probably expect, there was one celeb who absolutely killed it. Kylie Jenner sure knows how to grab headlines with her clothing choices - and she's really outdone herself with this year's Halloween looks.

But there was one star who knocked it out of the park.

Kylie Jenner wowed with not 1, not 2, but 3 incredible looks. You'd think this incredible Madonna and Britney get-up would be enough - but no.

Because Kylie also went for another look.

And the pictures are pretty incredible.

Going for a classic sexy costume, she paired her tuxedo style leotard with bunny ears and a white fluffy tail.

So far the look has been debuted on her stories only.

But if we know Kylie, we can expect an incredible photoshoot pretty soon.

And, of course, Kylie went the extra mile.

She even created a fake Playboy cover featuring a very risque pic of herself and Stassie. It's all about the details!

But Kylie is never one to do things by halves.

Because she then dropped yet another iconic Halloween look, cementing her title as the queen of the season.

Kylie dressed up as Disney princess Ariel. But, as you'd probably expect, Kylie's look went a little outside the box.

Her attention to detail was, of course, flawless.

The highlight has to be this incredible bejeweled Flounder bag. We kind of want this for our everyday handbag.

Kylie captioned it, "Ariel grew up." That's one way of putting it!

Yet again, Kylie nails it.

Will this be the last of her Halloween looks? We're kind of hoping not!