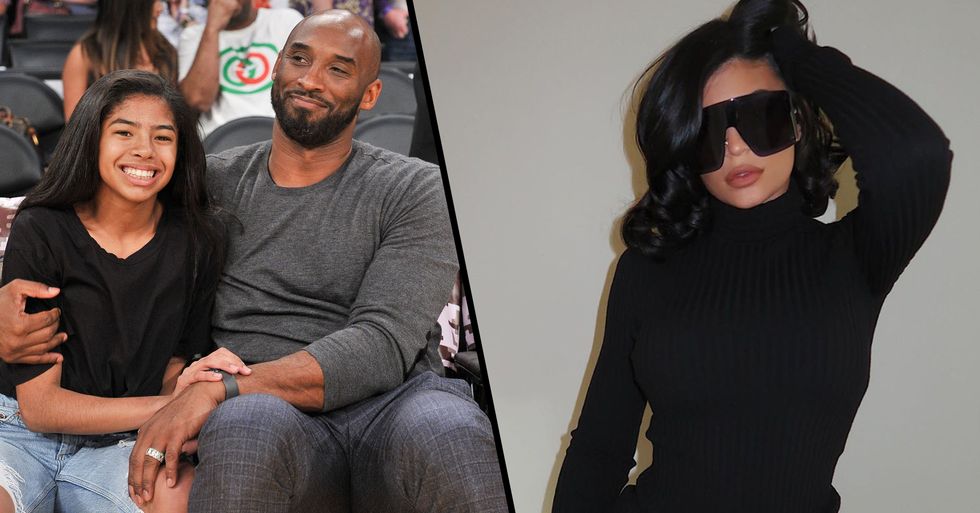 The internet's heart was broken when it was revealed that legendary NBA player, Kobe Bryant, had died in a helicopter crash on Sunday morning. He was just forty-one-years-old.

The star was known for being one of the greatest players of all time, with a career with the Lakers spanning 2 decades. Bryant's daughter, Gianna was also on board the helicopter with her father and died in the crash, along with 7 others.

Tributes have been pouring in, but it seems Kylie Jenner has been receiving some major backlash for hers. Keep scrolling to see why...

The world woke to the heartbreaking news that Kobe Bryant had tragically died in a helicopter crash on Sunday morning.

But tragically, on Sunday morning, his private helicopter went down and a "fire broke out," TMZ reports.

Kobe's daughter, Gianna, was also on board the helicopter at the time of the crash.

As of yet, there's still not much known, although investigators are said to be looking into the weather conditions, which were said to have been foggy at the time.

Amongst all the tributes, there's one A-lister who has been receiving major backlash for her tribute.

After the news broke, the star posted this tribute to the basketball star...

But it seems there's another reason why she's been causing a stir.

Jenner took to her Instagram story to reveal that she frequently flew in Kobe's helicopter.

And even rented that specific one for one of her niece's birthdays.

She's remembering him as "such a nice man."

Her most recent flight with him was in November...

When she took her niece, Dream, on a helicopter ride for her 3rd birthday.

The star has been slammed by fans, who believe she's making this whole tragedy about herself.

I’m not one to Bash people online but for Kylie Jenner to comment on the Death of Kobe Bryant and spin it about her… https://t.co/bgcLlbYNM8
— Shardiah Ssagala (@Shardiah Ssagala)1580176775.0

Many didn't feel it was necessary for her to mention the fact that she had flown on the helicopter before.

In fact, people were furious that the tragedy seems to have been made about her.

It seems Jenner should think twice before she posts. R.I.P to all the victims of this devastating tragedy. If you want to see the heartwrenching after-effects of Kobe's tragic accident, keep scrolling.