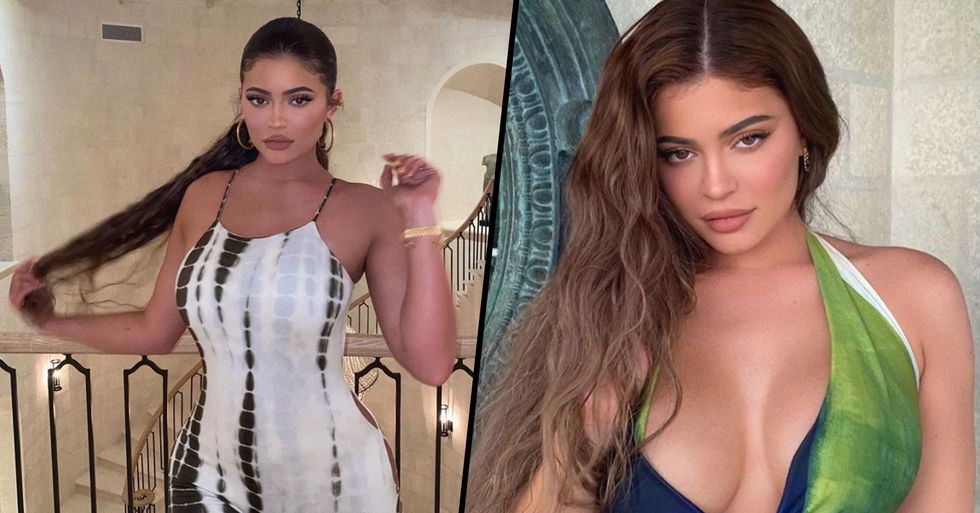 Kylie Jenner is known for her controversial behavior especially when it comes to her Instagram posts.

Her latest mishap saw the star try to cover up her mistake, but it was too late. Fans everywhere have been left questioning what she meant by the "offensive" Instagram caption...

And it seems as though the fame has gone to her head.

As she has been called out on her most "offensive" caption yet.

But the most recent criticisms have come once again from her Instagram...

After another controversial caption has caused an uproar.

This time fans have well and truly had enough.

With some getting pretty angry over the whole thing...

The post in question featured a couple of pictures of the star.

She posed in a black and white bodysuit with her usual stunning backdrop.

But what caught people's attention the most was her caption.

She first wrote, "Brown skinned girl," before changing it into, "Brown eyed girl."

Even though she was quick in changing the caption, the damage had already been done.

She was no match for those taking screenshots and re-sharing it online.

The backlash was inevitable at this point.

"Her original comment was 'brown-skinned girl' this girl really delusional," one person said.

While another added: "I know you want to say 'brown skinned girl' so bad."

"Are we not gonna talk about how Kylie Jenner called herself a brown skinned girl and then changed the caption like we wouldn't notice....," someone else wrote.

"Y'all done let these culture vultures get away with so much s**t this h** think she a brown girl.. hoe u is white.. a genetic mu f**kin tation.. changed the caption but b***h it was caught!! Tired of this whole family #KylieJenner black men leave these h**s alone!"

Clearly her fans aren't impressed with the stars choice of words.

And she doesn't seem to be aware of the stir her words have caused.

Check out the post causing all the commotion below...

It seems like she thought no one would see.

Although she didn't change it quick enough.

Keep scrolling for more on the star and find out why Kim deleted a shower picture with her little sister...
20%