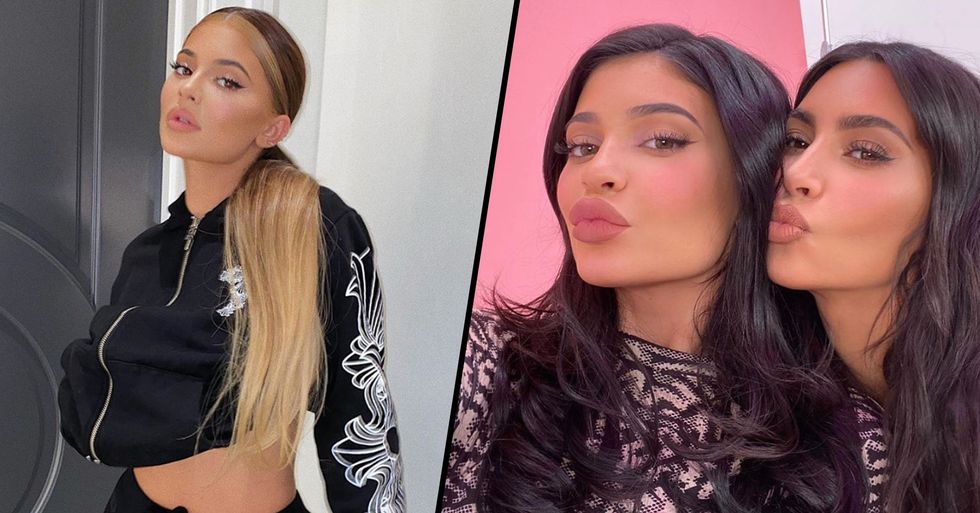 Kylie Jenner Forks out $10,000 on 'Ridiculous' Mother's Day Gifts for Kim and Khloe

Kylie Jenner is yet again making headlines for all of the wrong reasons, and this time, it's about her "ridiculous" Mother's Day gifts for sisters Kim and Khloe.

Keep scrolling to see how much she spent on her sisters...

Another ridiculously expensive stunt pulled by the one and only Kylie Jenner.

The youngest of the Kardashian family is well known for her expensive habits...

And her most recent unnecessary spend for Mother's Day has left fans reeling in shock. But firstly...

Kylie Jenner, who has been labeled as the world's youngest "self-made" billionaire is perhaps the most transformed woman of the century.

She's had her hair a huge range of colors, for instance. We can hardly keep up!

Kylie is now known well for her excessive spending habits...

Of course, if we were billionaires, we'd probably be spending the same!

But the young woman is often accused of being ridiculous with her spending...

Don't even get us started on Stormi's 2nd birthday party!

Many of Kylie's fans defend her spending habits as kind acts of generosity...

But we all know - deep down - that generosity doesn't always come in the form of dollar bills and a lot of Kylie's spending is often displayed and showed off on her Instagram account.

And now, Kylie has perhaps splashed out in the most ridiculous way.

Mother's Day has just been and gone, and the Kardashian sisters were quick to take to Instagram to show off their generous gifts for not only their mom, Kris, but for each other.

The sisters splashed out on lavish gifts for one another...

And Kylie decided to show off her OTT gifts for sisters and fellow moms, Kim and Khloe... excluding Kourtney, of course!

Kylie decided to prove her love and affection for her family members by getting her hands on the lavish clutch bags made by designer Judith Leiber...

And Kim and Khloe were quick to post the bags on their Instagram stories, gushing over their very expensive gifts.

As if this wasn't enough for the siblings...

Kim also received a blue Christian Dior makeup bag from Khloe, as well as a whole basket of other accessories to go along with it.

Naturally, fans have been quick to call the family out for their unthinkable spending habits.

One social media user wrote, "Dear lord there are people dying all over the world and this girl spends her money on this kind of s***!"

Of course, people can spend their money as they please and it shouldn't be anyone else's business...

But as this one Facebook user pointed out: "They have so much money and so many people are struggling. Yes, this is their money. But they could keep things on the down-low. People are sick and they are buying expensive gifts and blasting all over the place. They don't need to let us know how they spend their money."

Many fans have defended Kylie's decisions to spend her money...

"Omg, people! Stop hating. They have money. Good for them. 10k for them is like 100 dollars for us. Oh well, that is life," another user wrote. "They spend in relevance to what they have. They have more... what can we do? If I had a lot of money, would I spend more on gifts? Yes and so would you."

At the end of the day, a person's finances are nobody's business but their own...

And we have no right to judge someone on how they spend their money... no matter how excessive it may seem. Make sure to keep scrolling to read about why Kylie's hands have been trolled...