Kylie Jenner Has Been Taken To Hospital | 22 Words 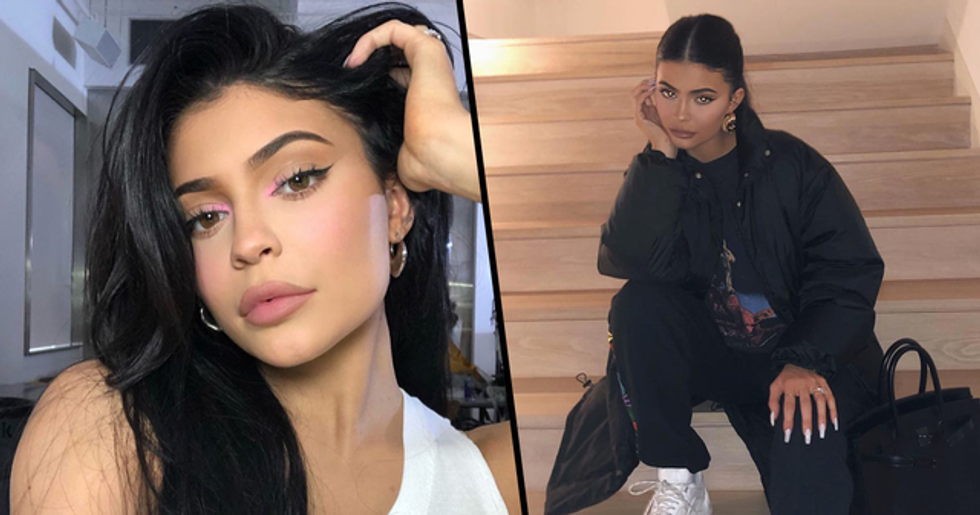 Kylie Jenner Has Been Taken To Hospital

After Kim Kardashian and Kendal Jenner attended the Emmys together, many people have been speculating as to why their youngest sister, Kylie, wasn't at the glamorous event.

Kylie, not being one to miss out on such a high-profile party, wasn't seen all evening and has been quiet on her social media platforms.

But now, news has come in that she has been taken to the hospital, and her symptoms sound worrying...

The Emmys are one of the most glamorous events of the year.

This year hosted the seventy-first Primetime Emmy Awards in Los Angeles and was aired live on American television last night.

There was a variety of major winners this year...

And all the winners truly deserved their awards...

Jodie Comer, a Liverpool-born actress, has truly risen to her potential, playing the role of Russian assassin, Villanelle, in BBC drama, Killing Eve. She won the Outstanding Lead Actress Award for her incredible leading role in the series.

This is why the Emmys are always an incredible watch...

Seeing our favorite celebrities win awards for their talents and hard work is truly fulfilling, but what's even better than that? Seeing the glittering line up of celebrity hosts!

The fashion is always incredible...

Every year, the Emmys - without fail - sees some true fashion icons on the red carpet.

She was a stunning custom Vera Wang emerald gown, giving off some serious Poison Ivy vibes...

Statements, as per usual, were made...

Laverne Cox gave a show of her own in a lavish ruffled Monsai gown that captured the eyes of the fashion world.

One of the most stylish families in the world also made an appearance...

The Kardashians are best known for their reality TV series...

The family are known for their non-stop drama and outrageous antics...

This goes from Kendall and Kylie's dad transitioning into a woman, to constant sisterly feuds between the high-maintenance Kardashian-Jenner women.

Not only are they reality stars...

They are total fashion icons. Kendall is a successful model, whilst Kylie and Kim have their own beauty lines - KKW Beauty and Kylie Cosmetics.

Kylie was also asked to accompany her sisters in presenting, but she pulled out last minute after claiming that she was unwell. The sisters awarded RuPaul Charles with the award for his iconic reality show, RuPaul's Drag Race.

Kendall rocked a statement floral gown by Richard Quinn whilst Kim kept it a little more simple with a skin-tight black dress.

But the women's fashion statements aren't what everyone is talking about...

The sisters' speech has turned the Kardashians into a complete laughing stock, and it even stirred a few laughs and shouts in the actual audience at the Emmys.

The speech was rather contradictory...

The audience is heard to be laughing amongst themselves as the sisters try to keep their cool...

Kim and Kendall are noticeably a little stunned by the audience's reaction and it really is no wonder why there are now thousands of people who are in hysterics over the narrow-minded speech.

"The joke of the century."

People clearly aren't buying the fact that KUWTK is "unfiltered" and "unscripted."

The Kardashians aren't exactly the epitome of normal people...

Many have claimed that the family doesn't know anything about real people as their reality show is one of the most scripted and set-up out there.

There are people out there defending the sisters, however...

This user on Twitter argued that KUWTK has had seventeen seasons over the last twelve years with almost a billion-dollar fortune. Now is that something to be proud of?

And decide for yourself if Kim and Kendall deserved to be mocked by their audience.

But now, all mocking aside...

The question still remains... Why was Kylie not at the event with her sisters? Well now, it turns out that the reason could be a lot more serious than originally anticipated.

Kylie is not alone, however - she has Caitlyn Jenner by her side as mom Kris Jenner is in Paris for fashion week. It is unknown is her boyfriend, Travis Scott, is with her.

But doctors are reportedly working hard to get her back on her feet. Get well soon, Kylie!