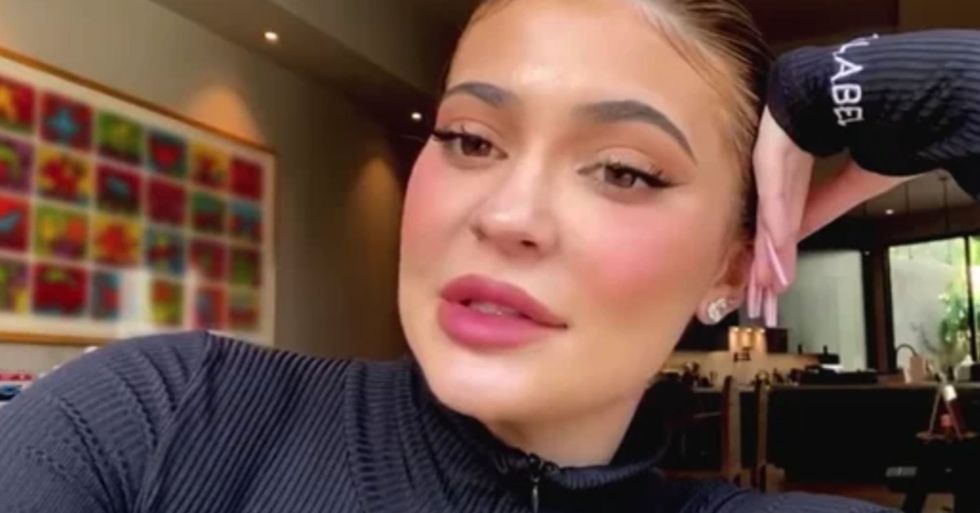 The pandemic has taken over the entire world and it most certainly doesn't exclude the rich and famous.

Fans have consistently accused the star of having numerous surgeries on her body...

And even though Kylie has adamantly denied having more surgery than just on her lips, we just don't quite believe that she is being honest.

But regardless of whether she's had work done on her body or not...

She shouldn't be shamed for choosing what to do with her own body.

Kylie began to build a career for herself...

Apart from KUWTK and a few modeling jobs, she decided she wanted to take a step down the path of business, so she started her own company in 2015 - Kylie Cosmetics.

She is constantly dripping in designer clothes...

And she is never seen with a hair out of place.

And a lot of people are convinced that Kylie staged this candid photo shoot. Yep, she looks that good!

But despite these carefree looking photos...

It seems that the young billionaire has some pandemic-related worries of her own.

A teaser trailer has been released for KUWTK...

The trailer shows what is coming in September, with it being titled "KUWTK Goes Into Quarantine This September."

The trailer shows snippets of the Kardashian way of quarantining...

And, of course, there is still plenty of drama by the looks of things.

Scott is seen talking about how he is going "stir crazy"...

And Kris is seen crying down the phone to Khloe, admitting, "I wish I could hug you."

But the trailer then shows a clip of Kylie discussing her own worries...

And it turns out that someone close to her has tested positive for the deadly virus.

Kylie is clearly very concerned for her friend.

She doesn't reveal who has been affected but she says, "It's just scary when someone so close to home has tested positive."

Even though the Kardashians are perceived as the lucky ones...

This goes to show that the virus can affect anyone.

Keep scrolling to read about the backlash that the Kardashian's clothing line, Kardashian Kloset has recently caused...