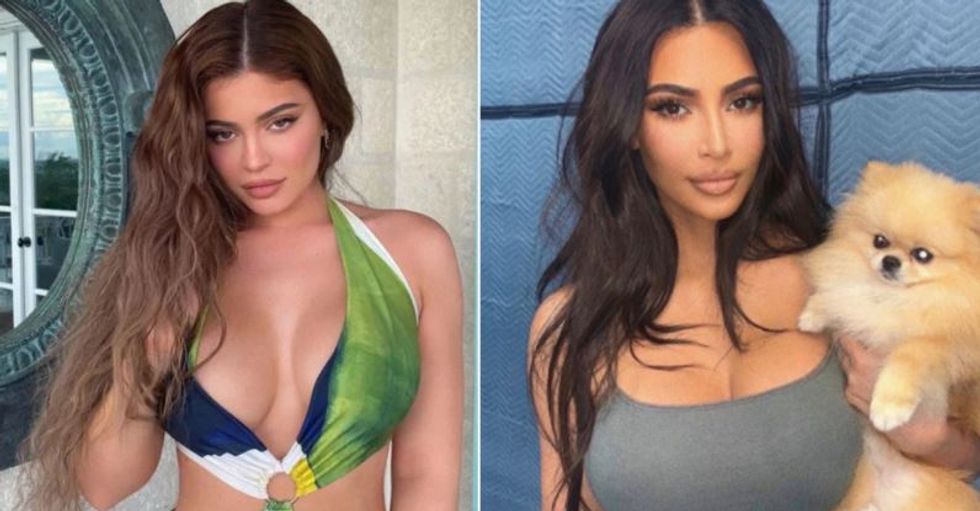 Kylie Jenner may be the Queen of Instagram - but there are some things even she doesn't want the general public to see.

And that's why she's not happy with her big sis, Kim, after she shared a photo of Kylie to her Instagram page.

But these latest pics have caused an online furore.

She's one of the most famous people in the world - but fame can be pretty weird.

It's strange to know there are people out there with lives so different from ours.

Kylie can basically have anything she wants.

And that includes the face of her dreams.

Kylie Jenner is basically synonymous with lips, at this point.

But it's Kylie's changing face that has captured the internet's attention today.

Back in 2018, Kylie had her famous fillers dissolved.

She was opting for a more natural look. But now fans are suspicious she's been indulging in those procedures again ...

Kylie's latest Instagram seems to suggest the fillers are back.

They do look noticeably bigger...

Do you think it's just make-up or could the fillers be back?

And as a Queen of Instagram who is constantly hounded by the paparazzi, you'd think that we've seen just about everything of the youngster.

But there's some things even Kylie Jenner doesn't want us to see.

And that's why she's absolutely furious with her big sister Kim at the minute.

Kylie commented on the photo, which was taken 11 years ago, writing: 'Delete this immediately'. Kim commented back asking if she should crop her out, to which Kylie said 'absolutely'.

But why did Kylie want it deleting?

Well your guess is as good as mine, but most likely just because of how different she looks in the pic.

They all look so different. Back in the days when they weren't that famous at all.