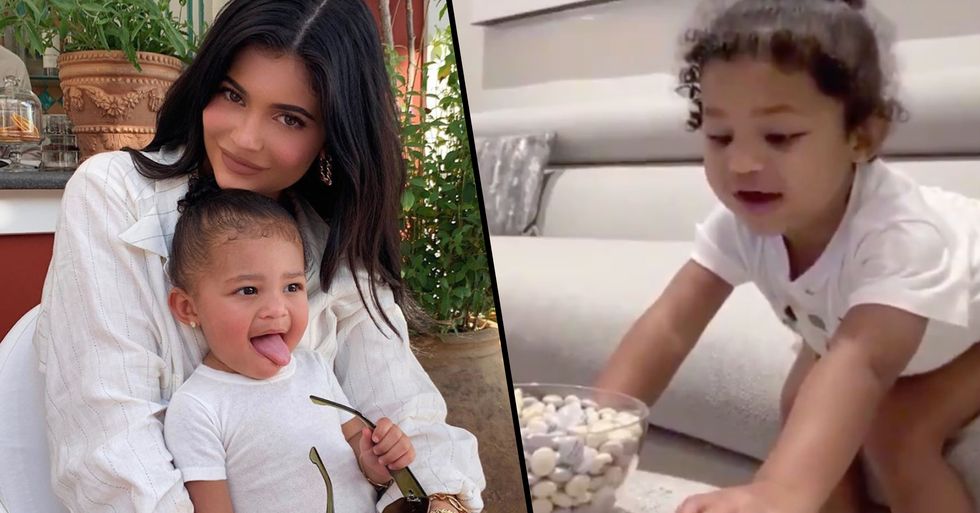 It's been just over 2 years since the youngest of the Kardashian-Jenner clan, Kylie Jenner, gave birth to her daughter, Stormi Webster, after a rather secretive pregnancy. So secret in fact, that Kylie managed to keep it completely hidden from the prying eyes of the paps and fans for pretty much the entire 9 months.

The tot is growing up fast and enjoying her lavish lifestyle. But it seems this week, Kylie has landed herself in some hot water with the parenting police after posting a video of her daughter.

The comments are brutal. Keep scrolling to watch the video in question for yourself...

The parenting police are back at it again...

And they came for Kylie once again this week.

Stormi has only just turned 2.

But it seems this week, the star has been mom-shamed yet again.

Yesterday, the star uploaded a video of Stormi, and it seems some fans are less than happy. Keep scrolling for the clip in question.

In the video, Kylie takes part in a viral challenge with her daughter.

But some trolls had a major problem with the star.

It all started with this tweet from a fan praising the star after watching the video.

Say what you want about @KylieJenner but she is an incredible mother and Stormi is a god damn angel. That video of… https://t.co/xzkpMxdRMH
— Jennifer (@Jennifer)1589255585.0

But the replies were not as nice, shall we say.

So what if she has a nanny? Tons of rich people do... it doesn't mean she's a bad mom.

Some even accused Kylie and her famous siblings for having babies for publicity.

@jgoldd @KylieJenner mmmhmm. yea, her and her family just popped the kids out as publicity stunts. they have armies… https://t.co/iWVumsYYRg
— said no one ever (@said no one ever)1589260699.0

Some trolls got a bit more specific.

Kylie really can't seem to do anything right.

Here's the clip everyone is talking about:

We think it's adorable! Kylie Jenner has recently been body-shamed and was forced to clap back at trolls. Keep scrolling for her iconic response...