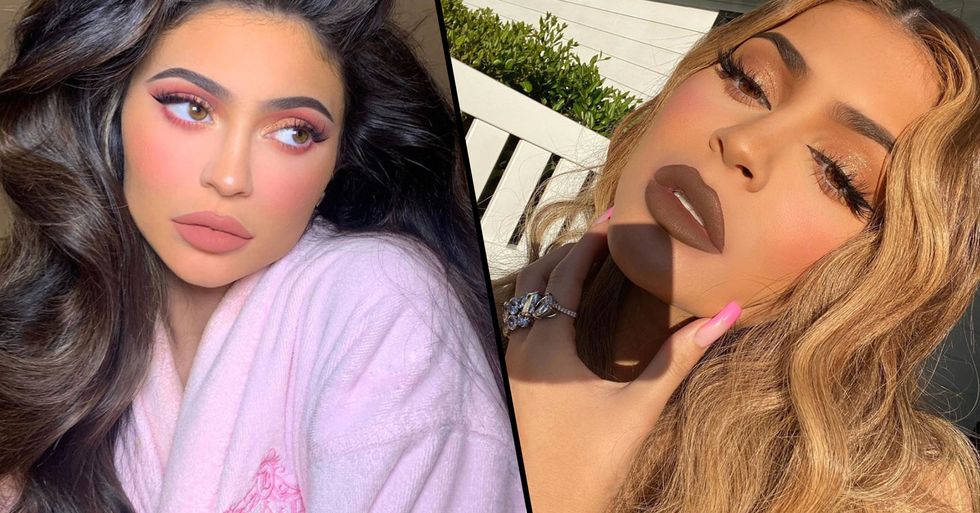 Kylie Jenner is undoubtedly the most successful of the Kardashian-Jenner family. But one thing that always seems to follow her around is the backlash and attention she receives for getting lip fillers.

Now recent pictures have surfaced of the star without lip fillers and fans have been left shocked.

Keep scrolling to see the pictures that have got everyone talking...

Last week, her appearance has hit the headlines once again...

Why? Well, the star was snapped stepping out during lockdown to run some errands and fans couldn't believe how different she looked.

Many began saying we are seeing the "real" Kylie.

Some users even blamed the pandemic for making her white!

As baffling as the comments are, they must hurt.

The internet really brings out the worst in some people.

We'd like to see him say that to her face!

First of all, it's Hyaluronic acid...

Secondly, that's not the point.

People seemed to be very concerned with her choice of footwear...

With one user writing: "ok but why is she barefoot outside ?? In this economy" What has the economy got to do with anything?

Their comments were just plain wrong...

Imagine waking up to all this hate.

And they really didn't hold back.

But the star's most recent pics are sparked an even bigger storm.

The star took to her Instagram story looking au natural, and fans were quick to point out her lack of lip fillers.

Fans gushed over the star...

And many praised the star for going natural.

It's refreshing to see a celeb looking so fresh-faced.

Given the number of trolls commenting on her makeup-less face, Kylie clearly has a thick skin. Keep scrolling to find out how she clapped back at a troll who fat-shamed her...