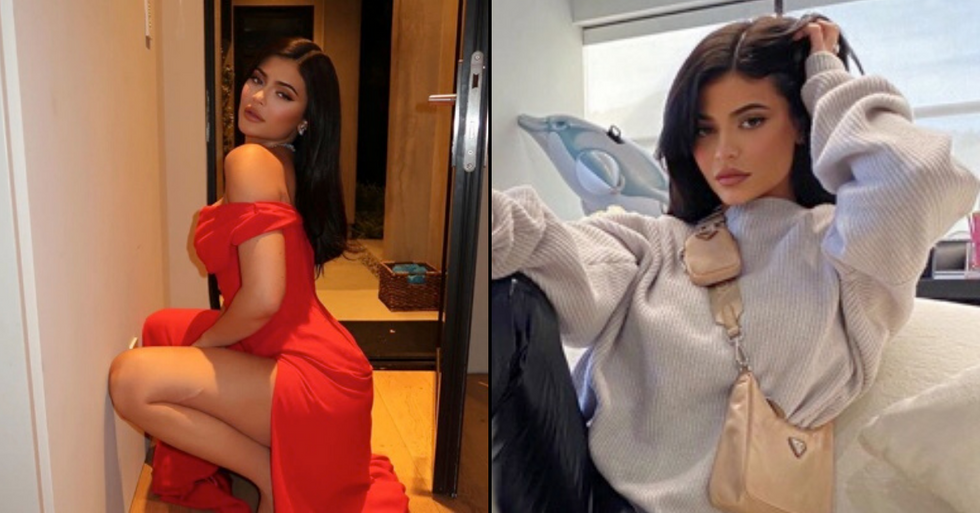 Although it was the latest bikini photoshoot she posted to Instagram that garnered a strong response from fans, and it isn't for what you might think.

She's no stranger to baring all on social media.

She is basically the queen of bikini pics, and it was the latest bikini photoshoot on her Instagram page that caught people's attention, but not for what you might think.

Her eagle-eyed fans spotted something out of the ordinary.

The comments quickly got under her skin.

She's used to critique, but this particular part of her body is a new one.

Kylie quickly lost her temper with fans commenting on her toes.

I'd give more than my toe for that figure!

One commenter wrote: "So nobody gone notice her short toe?" But some did have her back, with another writing: "This picture shows how negative ppl are, meanwhile the picture is super hot and perfect everyone comes at a toe!"

The toe causing so much drama is Kylie's middle toe of her right foot.

She decided to have a little laugh at all the fuss. It is noticeably shorter than the rest, although the white nail polish probably wasn't doing her any favors.

The photo released an urge in people to comment.

So Kylie decided to hit back at the toe haters, saying: "Everyone wants to come for my f--king toes," she said in a video focused on her feet. Declaring that she has "cute ass feet."

Kylie took to Instagram to name her "famous toes."

She explained she broke the toe in middle school. The beauty mogul explained: "there's nothing you can do about a broken toe, so it just had to heal how it wanted to heal, so when I flex this up, this little guy is just out of place." She showed in the video that her toes are actually the same length when her feet are flat on the ground, it's just the position of her foot that gives it that effect in the photograph.

She felt it was important to put this issue to rest.

This "weird-ass video" was quickly followed up by Kylie sharing a close up of her sister Kendall's feet. Evidently trying to take the attention away from her little broken toe.

Kendall's toes also received some backlash in the comments.

Kylie was quick to point out Kendall's long toes, with a finger pointing to her elongated extremities, captioning the first pic "Meanwhile!!!!!!" followed by "I'm sorry but wutttt." Isn't everything to do with Kendall long and slim though? I don't think a little toe extension is going to cause the model any trouble. I'm loving the sisterly love. If you're after some more Kylie Jenner pics, keep scrolling for her latest drastic makeover...