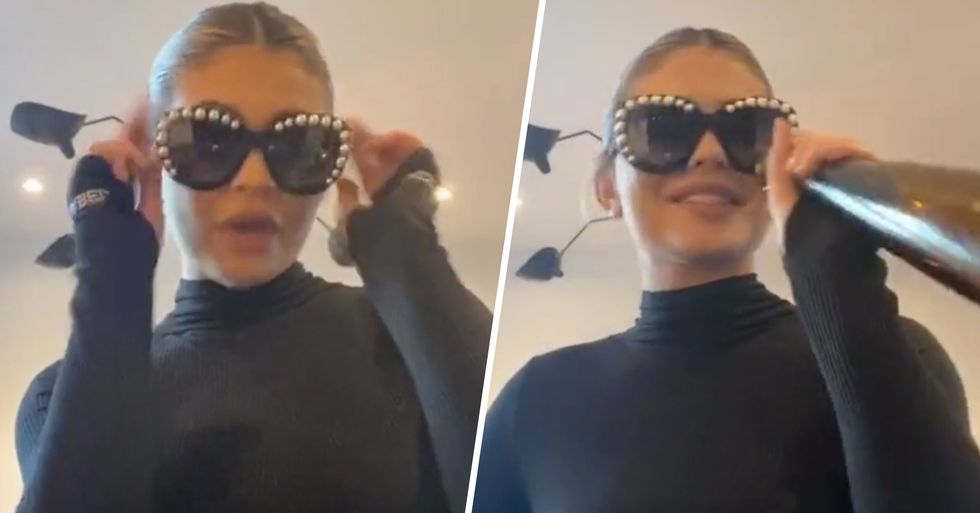 It's no secret that the Kardashian/Jenner sisters have had their fair share of squabbles over the years, but we hadn't seen anything like when Kim hit Kourtney in the face on an episode of their show.

Both Kim and Kourtney have now addressed the situation. But ever the stirrer, little sister Kylie has now made a hilarious recreation of another infamous KUWTK ruckus on TikTok...

Kourtney broke her silence on the brawl between her and Kim after fans went online calling it "cringeworthy." Keep scrolling to watch the clip.

And earlier this week, Kim finally spoke out about her and Kourtney's on-screen bust-up.

And ever the drama queen, Kylie has also weighed in.

She's taken to TikTok to recreate another memorable Kourtney fight...

It comes from her fight with Scott.

The two never had an idyllic relationship - but there was one fight that went down in history.

It was the fight that gave us one immortal phrase.

The fight was incredible.

Ingenious! And for more from Kylie, scroll on for why fans are calling her out on her new look...