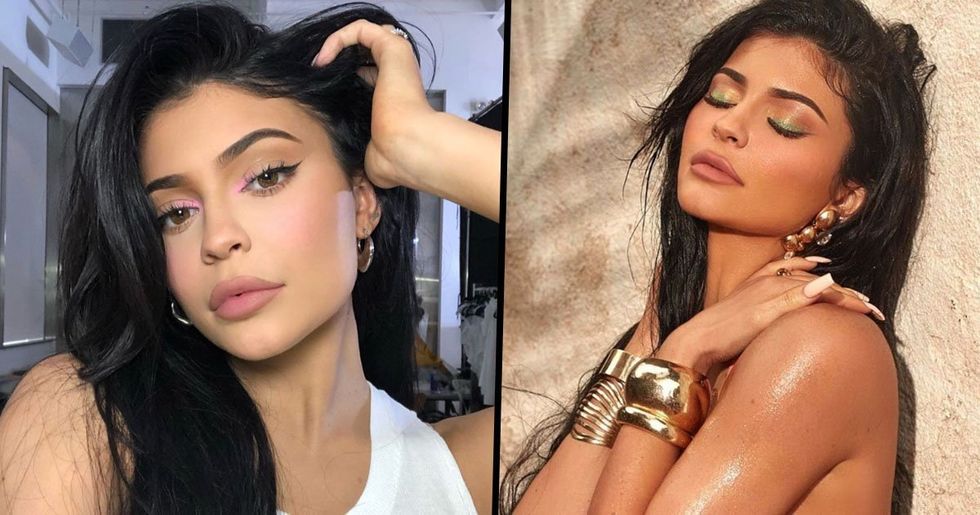 After Kim Kardashian and Kendall Jenner attended the Emmys together, many people have been speculating as to why their youngest sister, Kylie, wasn't at the glamorous event.

Kylie, not being one to miss out on such a high-profile party, wasn't seen all evening and has been quiet on her social media platforms - now that's unheard of.

But when we heard that the reality TV star had been rushed to the hospital, it all made sense. Obviously, that would ignite a whole bunch of rumors about baby number two... However, Kylie was quick to shut them down after a series of very subtle-yet-not-so-subtle Instagram posts.

Kim and Kendall attended the Emmy Award show together, but Kylie was nowhere to be seen.

Maybe it was a good thing that she avoided the show because the Kardashian-Jenner duo were laughed off the stage. Yikes.

Why was Kylie not at the event with her sisters? Well, now, it turns out that the reason could be a lot more serious than originally anticipated.

Kylie is not alone, however - she has Caitlyn Jenner by her side as mom, Kris Jenner, is in Paris for fashion week. It is unknown whether her boyfriend, Travis Scott, is with her.

But doctors are reportedly "working hard" to get her healthy again.

However, it seems as if Kylie isn't going to be getting better any time soon...

Even though she presented symptoms like "nausea" and "dizziness," we all thought that Kylie would be back on her feet in no time, but that doesn't seem to be the case.

Kylie was supposed to join her mom in Paris for her all-important feature at fashion week.

She, along with Kendall and Kris, were set to make an appearance at the launch of her Kylie Cosmetics collaboration with Balmain’s Olivier Rousteing.

The social media star broke her silence on the issue via Instagram.

In true Kylie style, she decided to post an explanation as to why she wasn't going to be featuring amongst the star-studded audience at the event.

Taking to her social media page, she wrote this:

"Hi, guys! So as you know, I was getting ready to go to Paris for the Balmain show at Paris Fashion Week for the launch of my makeup collab with Olivier."

"Unfortunately, I’m really sick and unable to travel. I’m heartbroken to be missing this show, but I know that my amazing team, and my friends who are in town for the event, will help me be there in spirit."

"Creating this collection with Olivier has been a dream. Of course, this collection isn’t just for the runway… I created this so that you could have a piece of this once in a lifetime event. I’m SO proud of this collection and of Olivier, and our friendship, vision, and creativity really comes across in the products we created for you guys."

And since she's not going to be there, she urged others to tune in:

"Make sure you guys watch the show with me on Friday. It’s going to [be] an epic event and I can’t wait. I love you Olivier, congratulations, and I’m sending you all my love!!!"

And even though we're not completely certain as to what the exact diagnosis is...

Kylie revealed on Instagram that she had been feeling rough, with her friend, Sofia Richie, popping over to keep her company.

It would have to be serious to stop her from attending such an important career event.

Her Balmain collaboration is set to be her latest beauty venture as she had been posting about it for a while now. And because its official launch was supposed to be at Paris Fashion Week, it seems to be a huge loss for her not being able to attend.

But, at the end of the day, her health is the most important thing.

Business ideas will come and go and, for Kylie, this isn't even enough to dent her career in any way, shape, or form. We just hope that the twenty-two-year-old gets back to her old self in no time.

There is now an update on the story!

According to Buzzfeed, and Kylie's own Instagram, the social media star is now back home.

Thankfully, the doctors were able to nurse her back to full-health.

But I bet she wasn't expecting this kind of reaction when she logged back into her social media accounts.

Her Instagram and Twitter comments have been flooded with fans asking if baby number two is on the way.

Rumors have been circulating that Jenner was actually pregnant as opposed to having contracted the flu.

The operative word here is probably...

We're having trouble piecing it together. Is she? Is she not?

Other's are more confident that she actually is.

I mean, is it a coincidence that she's been admitted to hospital seven months after hinting that she and Travis were trying for baby number two? I think not.

But sadly, Kylie was quick to shut down our suspicions with this subtle, but not so subtle Instagram post.

She added the caption: "OK my body is really pulling the f*ck through these days." And there's no sign of a baby bump whatsoever.

But you never know with Kylie...

Last time, we didn't know until she was even pregnant until three days after she had given birth to Stormi. So who knows? Maybe she's just very good at using photoshop... We're just glad Kylie's back to full health now. And we're also glad she missed the Emmy Awards because, boy, was that a disaster! If you are still wondering why the Kardashians were practically laughed off the stage, keep scrolling. It's hilarious!