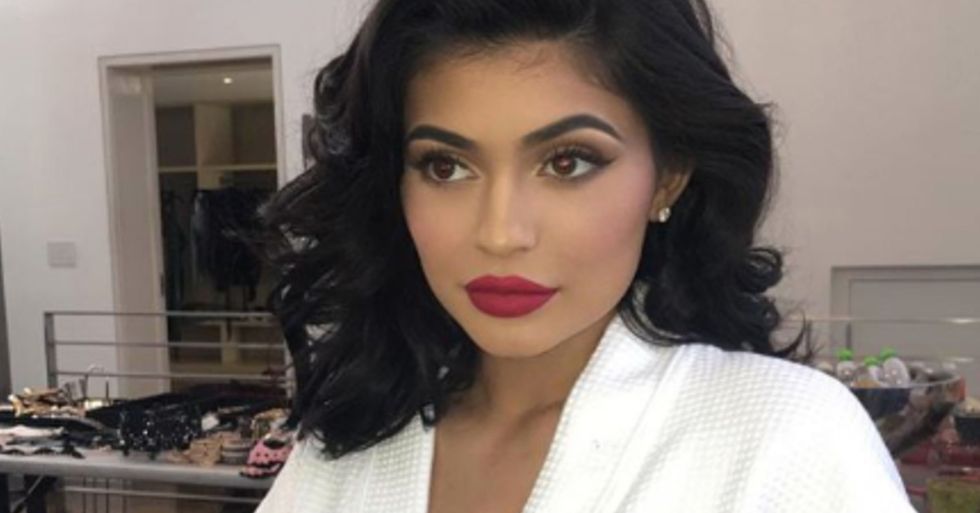 And another aspect of her appearance she loves to experiment with? Her hair.

The star has sported an array of looks, but she has just revealed her natural hair. And of course, she isn't the only celeb to show off her natural hair either - Ariana Grande recently shocked fans with her real hair (you can see for yourself further down).

Keep scrolling to get a rare glimpse of Kylie's natural locks.

When it comes to her hair, Kylie is no stranger to experimentation - usually opting for bold colours and styles often achieved through the use of extensions or wigs. But her latest change-up sees her ditch all this for her natural hair - keep scrolling to take a look.

But her latest change up has seen her go au natural.

It's not often we get to see her natural hair, but the star has finally given us a glimpse... and she's totally unrecognizable. Though she's not the only celeb to show off her natural hair - Ariana Grande also recently revealed her "real" hair and people aren't impressed (see for yourself at the end after Kylie).

The star has taken out her infamous hair extensions.

And she took to Instagram stories to show off her new look to fans. Keep scrolling to see for yourself.

It's a lot different than we thought...

We rarely see her natural locks so of course, fans were pretty shocked, to say the least.

Take a look at Kylie's newly natural look below:

"Roots almost there," the beauty mogul wrote over the short video of her showing off her the process of getting her hair done.

But, the beauty mogul isn't the only A-lister to show off her natural locks...

In place of Ariana Grande's iconic slick ponytail, the twenty-six-year-old singer gave fans a look at her natural hair, and let's just say, people are less than happy. Keep scrolling to take a look.