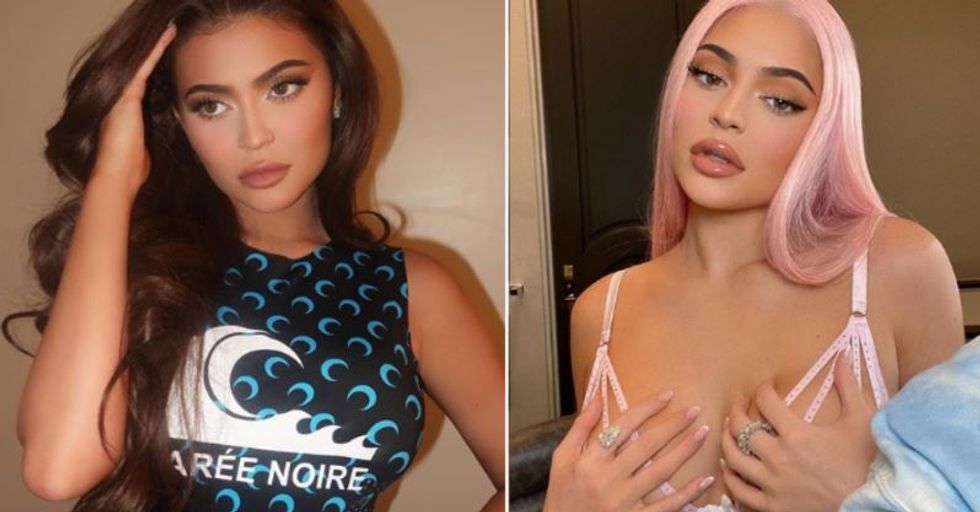 Kylie Jenner Roasted by Waitress for Shameful Tip on $500 Bill

Almost everybody on the planet Earth knows Kylie Jenner.

Many see her as a hero, an idol, someone to aspire to be. Others feel the polar opposite towards her.

But now, Kylie has landed herself in hot water after giving what many are deeming a 'shameful' tip after spending $500 dollars at a restaurant.

The waitress herself roasted Jenner at first, and now the internet has joined in.

And then the star has been mom-shamed yet again.

After a new snap of Stormi was uploaded online by Kylie.

People have had a lot to say.

Kylie isn't being mom-shamed, she's being shamed for her 'lack of generosity'.

Well one waitress, who used to work at a number of Manhattan restaurants - mainly catering for the elite - decided to share her story about an encounter with Kylie Jenner.

The waitress created a TikTok.

Kylie jenner not paying her workers and leaving disgustingly low tips is just another reason why yall look like clowns for stanning her
— mallory ʕ•ᴥ•ʔ (@mallory ʕ•ᴥ•ʔ)1594846466.0

In which she rated the celebrities who came into the restaurants she worked at. While Gigi and Bella Hadid got a solid 10/10, Kylie came bottom of the list with 2/10.

But why did Kylie come last?

Well, the waitress explained that Kylie was 'fine' but that once she paid a $500 bill, and only left a $20 tip - which many people are calling 'shameful' and 'embarrassing'.

And numerous people took to social media to say that while they are poor, even they would tip more than that...