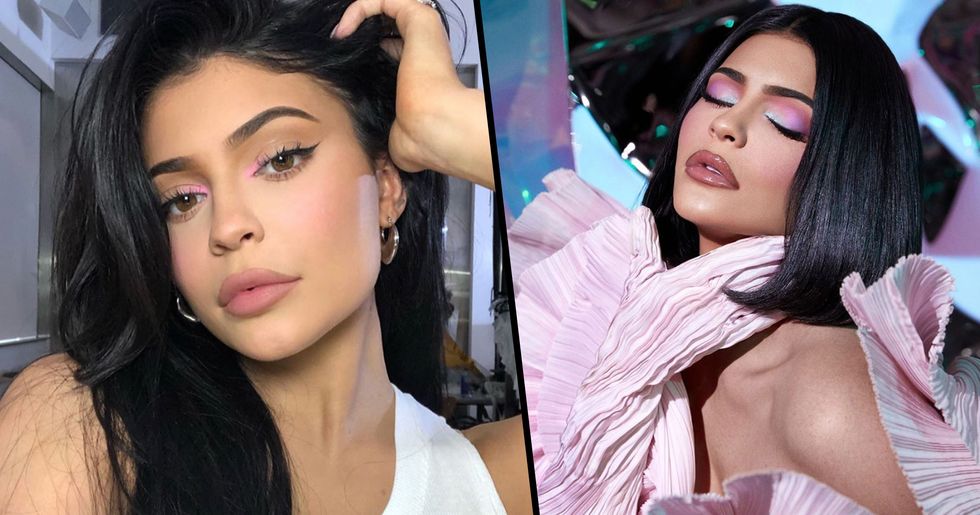 Kylie Jenner Sells off Majority of Kylie Cosmetics for $600 Million

When Kylie Jenner launched her beauty brand, Kylie Cosmetics, back in 2015, it consisted of just 3 lip kits so fans could replicate her famous plump lips. Fast forward 4 years and the billionaire beauty mogul now heads a whole beauty empire, with her brand becoming a worldwide success - earning her the title of Forbes' youngest billionaire of all time.

There's no doubt that the star has earned a big buck from her beauty venture, but now it seems she's going to pocket much more. $600 million, to be precise...

The star unloaded 51 percent of Kylie Cosmetics to a well-known beauty conglomerate and has reportedly bagged $600 million for the sale.

Wondering what this now means for the future of the company? Or how much of a say will Kylie now get in the running of her business? Keep scrolling to find out.

The inspiration for the debut lip products came from Kylie's insecurity around her own lips. Though (eventually) admitting to getting lip fillers, she recognized that fans wanted to replicate her signature nude lip, so, she knew she had thousands who would fall over each other to use the same products as her... thus a business idea was created.

Fast forward 4 years and the brand has over four-hundred products...

From eyeshadow and eyeliners to blush and even skincare, she ventured far beyond her lip kit roots.

Kylie's brand has also boasted some rather impressive collaborations.

Sure, she's collaborated with her siblings and mom on a line of makeup, but recently, the star unveiled a collection in collaboration with high fashion brand, Balmain. The luxury designer is favored among the whole Kardashian-Jenner clan and was a pretty big deal for Kylie's brand.

Though there's no doubt that the lip kits remain some of the most-loved products on offer.

They are some of the more popular beauty offerings on the site and have received rave reviews from makeup fanatics.

But this week, there's been a big change in the world of Kylie Cosmetics...

Kylie Jenner has reportedly sold 51 percent of the business, unloading it onto the beauty conglomerate, Coty, which is behind the likes of Clairol, CoverGirl, and Max Factor.

The star reportedly pocketed an eye-watering $600 million for the sale.

It's left many wondering if Kylie will be stepping away from running her business, but we needn't worry, as, in a joint statement, Coty reassured us that Kylie will be keeping a firm hold on the reigns. Coty explained that Kylie would continue leading all creative efforts and "communications initiatives."

Kylie has also spoken out...

She explained that she is "excited to partner with Coty to continue to reach even more fans of Kylie Cosmetics and Kylie Skin around the world. "This partnership will allow me and my team to stay focused on the creation and development of each product while building the brand into an international beauty powerhouse," she added.

Meanwhile, Kylie is gearing up for the release of her long-awaited holiday collection, which launches tomorrow on the site. All-in-all, it looks like Kylie will be raking it in this month. Speaking of wealth, the star has recently been forced to delete an Instagram video showing off her new $3 million Bugatti Chiron after being slammed for "flaunting" her riches. Keep scrolling to see what all the fuss was about.