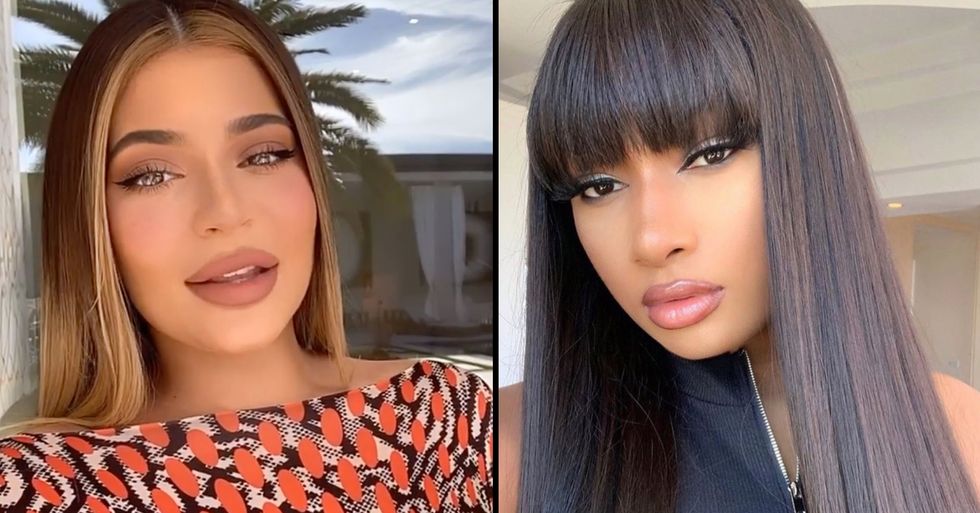 Kylie Jenner has been slammed for her "disgraceful" Instagram post after Megan Thee Stallion was shot while attending the same party.

Does the young millionaire even care?

But the most recent criticisms have come from something completely different...

And it's in connection to the shooting of the rapper, Megan Thee Stallion.

A video surfaced that apparently showed her bleeding from her foot after police stopped a car - also containing twenty-seven-year-old rapper Tory Lanez, who was later arrested.

Tory was later accused of being the one who shot Megan...

But because eye-witnesses haven't been cooperating with police, the events of that out-of-control evening continue to be blurry.

And she took to Instagram shortly afterward to explain what happened. "I suffered gunshot wounds, as a result of a crime that was committed against me and done with the intention to physically harm me. I was never arrested, the police drove me to the hospital where I underwent surgery to remove the bullets."

So, what does Kylie Jenner have to do with this?

Well, it turns out that Megan and Tory were actually hanging out with Kylie just before the incident happened.

They were all together at the party...

And Megan took to her Instagram stories to post some cozy selfies with Kylie in a hot tub.

It was reported that the party turned violent at around 4 am...

And this is when the police turned up, which is what lead to Megan being shot and Tory being arrested.

Kylie was nowhere to be seen when the police arrived...

And fans have been demanding answers from the young millionaire.

Many were unaware of Megan's friendship with Kylie...

And people were finding it awfully coincidental that things escalated just as Kylie left the party.

People felt that Kylie's escape from the drama was an example of white privilege...

White privilege is Kylie Jenner being in a car with a shot up Megan Thee Stallion and an arrested Tory Lanez with n… https://t.co/bpJ8nwHHTh
— Darian Scott (@Darian Scott)1594838581.0

And they were confused as to why Kylie's name wasn't brought up in regards to the incident.

But the building pressure from fans didn't stop the millionaire from continuing to flaunt her lavish lifestyle on social media.

Just 1 day after the incident, Kylie took to Instagram to show off her relaxing day spent at the beach.

"Thank you God for another beautiful day," she captioned the post.

Why would Kylie show off about her nice day when her supposed friend had just been shot in the foot at a party that she attended?

Kylie was accused of simply "not caring"...

And let's face it, this isn't the first time that Kylie has just thought about herself now, is it?

Some fans turned things around onto Megan...

And they simply stated that this is what happens when a person tries to make their friendship circle "way too big."

But of course, many fans jumped to Kylie's defense.

@wrydumbjunior She went home to her CHILD! They went out and kept partying. Kylie has nothing to do with this cause… https://t.co/wJymPGje8f
— Shaking Can (@Shaking Can)1594973430.0

Just because she was in Megan's video for a few seconds doesn't mean she has to get herself involved in something that happened after she left the party.

Hopefully, Kylie will come forward with her version of events soon...

And we hope that Megan is making a speedy recovery.