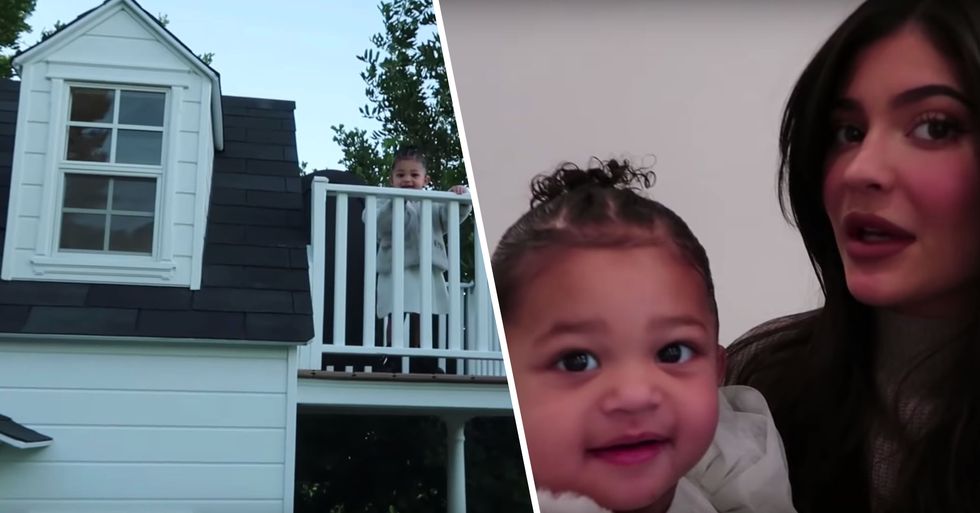 It's been nearly 2 years since the youngest of the Kardashian-Jenner clan, Kylie Jenner, gave birth to her daughter, Stormi Webster, after a rather secretive pregnancy. So secret in fact, that Kylie managed to keep it completely hidden from the prying eyes of the paps and fans for pretty much the entire 9 months.

The tot is growing up fast and enjoying her lavish lifestyle. And with Christmas around the corner, we're all expecting that Stormi will be showered with gifts, but no one was expecting her to be gifted a bloody house!

Keep scrolling to find out who gifted her such an extravagant present...

And with Christmas literally right around the corner, we're expecting her to be showered with expensive gifts that she is bound to love.

And it looks like Stormi received them early this year!

Kylie decided to post a new vlog to her channel called "My 2019 Christmas Decorations" in which she talked through what Christmas is like at her home. However, what we weren't expecting to see was that Stormi herself has her own "home" too!

And it's all thanks to grandma Kris!

The mom of all moms gifted her granddaughter a life-size playhouse and when we say life-size, we mean that it came fully furnished and also has a balcony!

How does it feel knowing that a one-year-old has a better house than you?

Check it out! Isn't it just amazing? Oh, how great it must feel to be part of the Kardashian-Jenner clan. In other Kylie news, it seems as if the social media star got herself into a bit of hot water after she posted something that could have potentially got her arrested... Yikes...