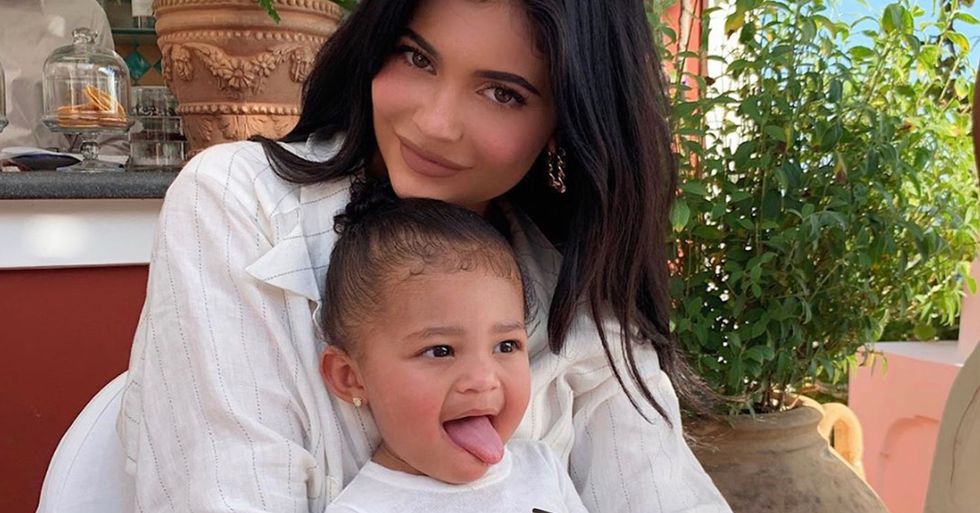 It's been nearly 2 years since the youngest of the Kardashian-Jenner clan, Kylie Jenner, gave birth to her daughter, Stormi Webster, after a rather secretive pregnancy. So secret in fact, that Kylie managed to keep it completely hidden from the prying eyes of the paps and fans for pretty much the entire 9 months.

The tot is growing up fast and people are already noticing she is starting to look like the spitting image of her mom. And a recent side by side picture has completely confirmed this.

Last week, the internet gushed over the tot trying her hand at snowboarding.

There's truly no end to the cuteness.

And many fans have already noted the resemblance between her and Kylie when she was young.

But fans went crazy when Kylie posted a comparison shot of herself and her daughter...

They look the spitting image of each other.

They look so similar. What do you think? In other Kylie-related news, it seems one of her recent Instagram stories could have her arrested. Keep scrolling to see why.