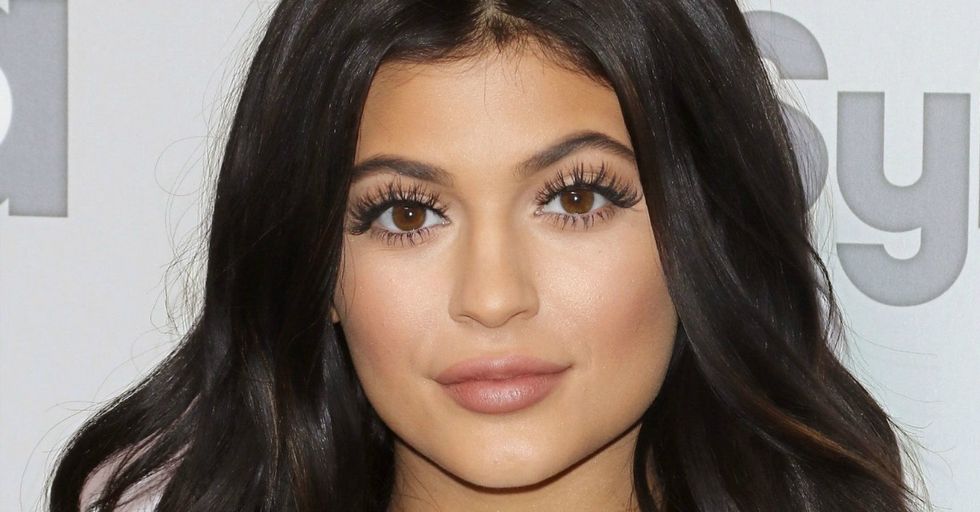 Kylie Jenner's Latest Fashion Statement Is the Most WTF Thing Ever

I will be the first to admit that I don't keep up with a) the Kardashians and/or the Jenners and b) fashion. But I know weirdness when I see it, and this WTF moment combines both of those things.

Kylie Jenner recently uploaded a few pictures and videos of herself for her millions of fans wearing, well, this:

First of all, don't get me wrong in that she's a very attractive girl, which just goes to show what genetics, money, and filters can really do for one's appearance.

But...is she wearing a torn off sweatshirt basically as a necklace?!?

If you showed that piece of fabric to me — because that's basically all that it is — I would think it was something I used to dust off my entertainment center with a can of lemon-scented pledge. My first instinct wouldn't be to pull it over my head and share it over on Snapchat.

On one hand, I'm glad she was wearing something under the...thing. I don't even know what to call it.

But on the other hand, did the dryer eat the rest of her outfit? Look, wear whatever the heck you want, but at least give us a little bit of an explanation.

Cropped sweatshirts are apparently a thing, but at least this one has sleeves and goes down a little bit more.

One would think it might get a little drafty, but maybe that's part of the purpose. It's like a shirt with an air conditioner built right in for your boobs. You do you, Kylie.

But what makes it even weirder, is that 2.8 MILLION PEOPLE LIKED THIS!

So I guess now I'm just concerned that sweatshirt necklaces are going to be a thing. Given that I live in T-shirts and yoga pants a little part of me is happy to see sweatshirts get their moment of glory. But I would like to see the whole sweatshirt. Then again, it's Kylie Jenner. Your guess is as good as mine.