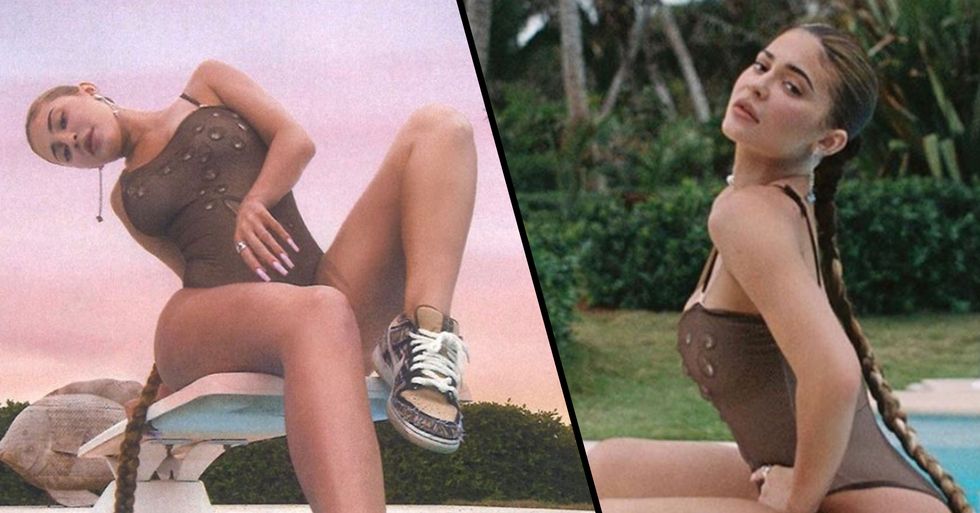 And another aspect of her appearance she loves to experiment with? Her hair.

Although her most recent hair change-up may be her most talked about yet, garnering a strong response from fans.

In fact, some are going as far as to say they're unfollowing her because of it. Keep scrolling to take a look...

When it comes to her hair, Kylie is no stranger to experimentation - usually opting for bold colours and styles often achieved through the use of extensions or wigs. But her latest change-up may be her most talked-about yet. Keep scrolling to take a look for yourself.

But her latest change up has been soliciting very mixed reviews.

Why? Because it's been hailed as a "rat tail." Yep, really. Keep scrolling to see for yourself.

The star unveiled her brand new locks on Instagram over the weekend.

And it hasn't really gone down too well with fans.

Her comments were instantly flooded with remarks about her new hair.

Some compared her new hairstyle to a "tampon string," while others called it a "rat tail." Ouch.

"Her hair looks like the hair you pull up from ur shower drain when u clean it," commented one user. The comments just kept rolling in...

Jenner isn't shy of making a statement, and it seems this new hairdo is no exception.

Take a look at her locks below:

Quite a drastic change-up, right? Well, that wasn't all...

But the star hasn't let her critics phase her before, so we doubt she'll be starting now. Interested in more Kylie Jenner news? Keep scrolling to find out why she has landed herself in hot water for snaps she posted of her daughter, Stormi.