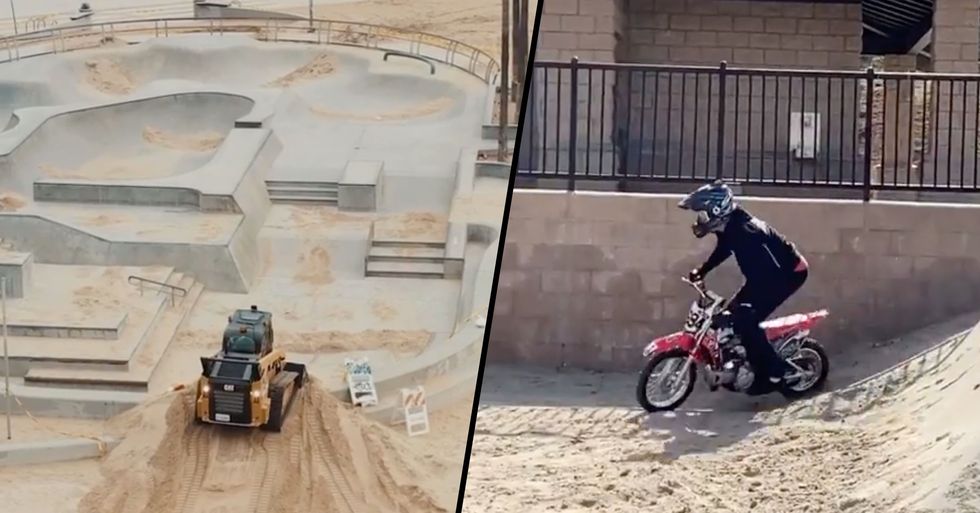 Of course, it is extremely difficult to be kept away from loved ones, but we must do so in order to protect those most vulnerable in our society. In spite of this, though, many are finding it difficult to resist the outside world. Which led to certain California officials taking some rather extreme methods.

But now it seems those methods have totally backfired, as persistent lockdown breakers came up with an innovative loophole ...

Californa skaters looked on in horror this week...

Ad officials took some rather extreme measures to prevent them from breaking lockdown.

And now California officials have come up with a rather unique way to minimize this rule-breaking...

And it looks set to continue.

Other skate parks in the area are set to follow their lead to prevent skaters from being tempted to leave their homes.

But the skating community is not to be messed with.