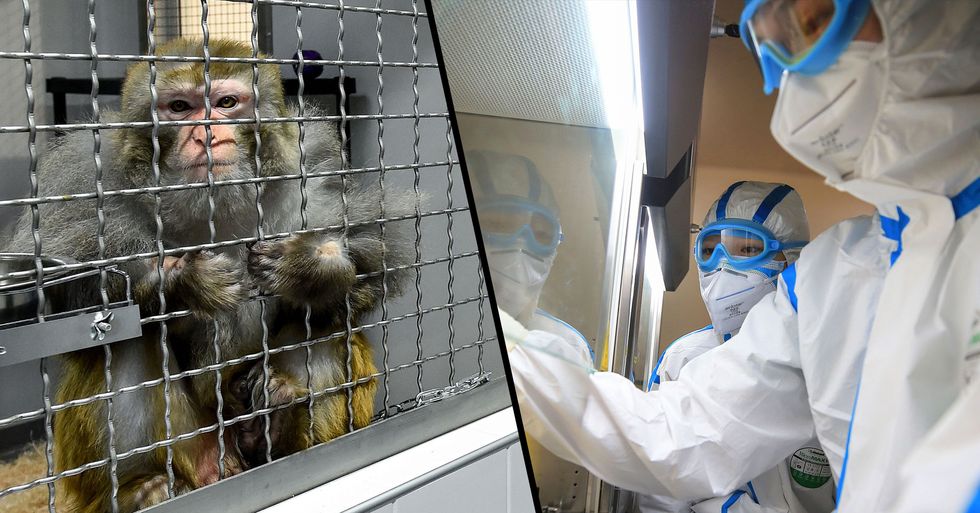 Lab monkeys have now been deliberately infected with the virus in a desperate bid to find a cure, so keep scrolling to find out more...

The Chinese city, with a population of over eleven million citizens, is currently on lockdown as authorities investigate the spreading of a deadly disease.

It has been confirmed by Worldometer that 2,262 people have now died globally, with the majority being in mainland China. A further 79,000 have been found to carry the virus and be infected.

And last week, the head of Wuhan Hospital, the city known for being at the center of the crisis, has tragically died.

But this tragedy only goes to outline the severity of this crisis...

And despite a lot of money being donated towards research for a cure, scientists and researchers have found nothing as of yet.

Scientists at the US National Institutes of Health have gone to extreme lengths...

They have infected eighteen lab monkeys with coronavirus in a desperate bid to develop a cure.

They were deliberately infected with a strain of the virus...

The rhesus macaques monkeys were exposed to Middle East respiratory syndrome coronavirus (MERS-CoV) - a strain which can cause a cough, shortness of breath, a fever and, in some cases, organ failure, according to the World Health Organisation.

But the scientists found an effective treatment for the monkeys...

An experimental vaccine they have developed, called remdesivir, proved effective in treating the infected monkeys.

The monkeys were put under observation for 6 days...

And it was found that those who were treated with remdesivir prior to infection showed no symptoms.

All of the monkeys were euthanized and necropsied 6 days after being inoculated.

But through the deaths of these monkeys came results...

The study concluded, "Our results, together with replication inhibition by remdesivir of a wide range of coronaviruses in vitro and in vivo, may further indicate the utility of remdesivir against the novel coronavirus 2019-nCoV emerging from Wuhan, China."

We completely disagree with animal testing, and it is a truly devastating tragedy that these innocent monkeys lost their short lives in the name of science.

But we are getting desperate now...

And it seems that scientists will now do anything in order to discover a cure for this deadly outbreak.