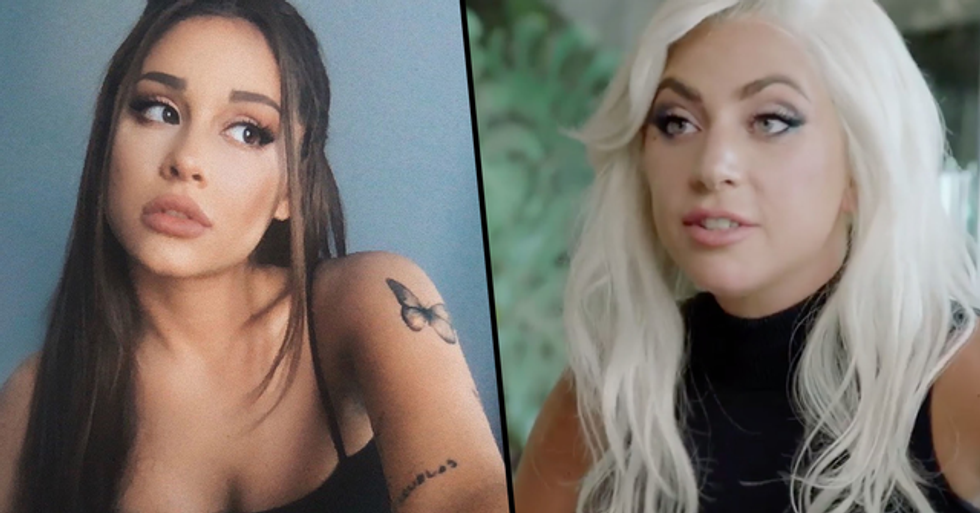 Lady Gaga's upcoming sixth studio album Chromatica is set to drop at the end of the month. On it, she finally collaborates with another pop sensation, Ariana Grande. But in an exclusive interview, she revealed why the collab wasn't totally plain sailing...

But she landed her leading big-screen role last year in Bradley Cooper's remake of A Star Is Born.

In September 2012 Gaga was awarded the LennonOno Grant For Peace from Yoko Ono for her work with the foundation.

The foundation has curated a number of programs including #BeKind21 - inspired by the idea that habits are formed by repeating an activity for 21 consecutive days. The launch of #BeKind21 in 2018 aimed to encourage the public to build a habit of kindness. Most recently, the organization implemented a teen mental health first aid program in partnership with the National Council for Behavioral Health. This aims to provide in-person training to "teach high school students about common mental health challenges and what they can do to support their own mental health and help a friend who is struggling."

All in all, Gaga has boasted an impressive career so far.

She's certainly made her mark on the world. And her upcoming sixth studio album looks set to be her best yet.

On it, she has collaborated with Ariana Grande in a song called "Rain on Me."

And she's opened up about what went down behind the scenes.

"I said to her, 'OK, now everything that you care about while you sing, I want you to forget it and just sing.'"

"'And by the way, while you're doing that, I'm going to dance in front of you,'" she recalled.

"And then I did it and she sang, and she started to do things with her voice that was different. And it was the joy of two artists going, 'I see you.'"

"When she came into the studio, I was still crying and she was not. And she was like, 'You're going to be OK. Call me; here's my number.'"

"And she was so persistent. She would try over and over again to be friends with me. And I was too ashamed to hang out with her because I didn't want to project all of this negativity onto something that was healing and so beautiful."

"And eventually she called me on my s--t. She was, 'You're hiding.' And I was ... and then this friendship blossomed."

Woah. We seriously can't wait to hear this track! Want more from Gaga? Scroll on for her recent charitable endeavor.