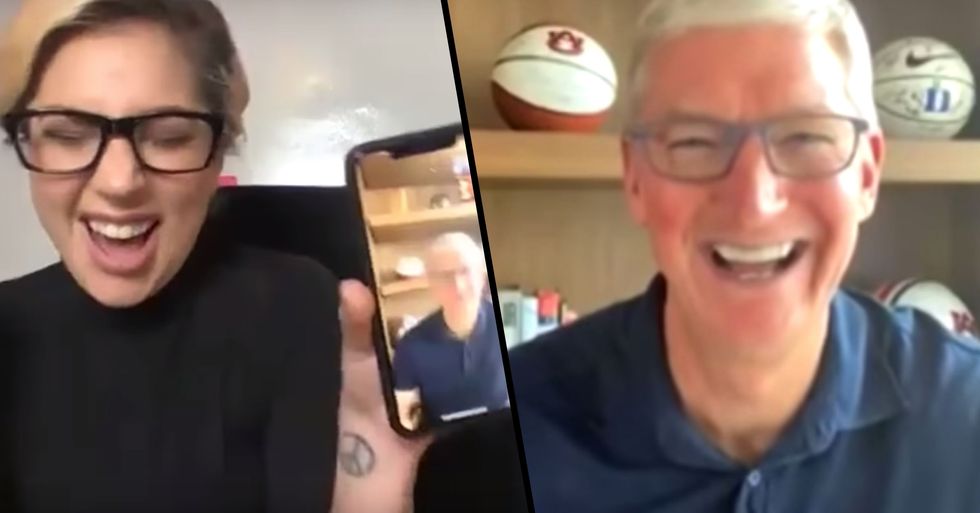 Singing sensation Lady Gaga has been doing a bit of fundraising before the One World: Together at Home concert and so far she has managed to raise a whopping amount thanks to her own charity. But not only that, Gaga got on FaceTime with one of her famous friends and convinced him to donate a further 10 million dollars to the cause.

Keep scrolling to watch the clip for yourself so you can see how the interaction went down...

Although her latest moves are her most admirable yet...

It was recently revealed that the star has raised a staggering $35 million for the World Health Organization (WHO).

The star revealed the news at the WHO's press conference online.

The funds were raised by herself and Global Citizen, and will go towards the WHO's relief fund for the virus. But that's not all...

She raised a further 10 million dollars after a FaceTime call with the CEO of Apple.

Read on to see the full video. In an interview for The Tonight Show Starring Jimmy Fallon, Tim Cook pledged the substantial amount claiming "we [Apple] are really proud to be part of this."

It seems as if the two had already discussed the matter previously...

Gaga said: "We spoke last night about a certain number for the donation and it was quite sizeable. I just wanted to make sure we were OK on that this morning - can I confirm you for that donation?" And of course, he did confirm it.

The news comes after Gaga recently announced a special concert...

During the One World: Stay at Home benefit, Gaga will perform alongside a stellar lineup, including Billie Eilish, Lizzo, Stevie Wonder, Kacey Musgraves, Paul McCartney, John Legend, Keith Urban, and Elton John. More names are set to be announced soon.

However, the star said the purpose of the concert was not as a fundraiser, but to provide "entertainment, comfort, and solidarity."

“Put your wallets away ... and sit back and enjoy the show you all deserve," she added.

You can watch the full video of the interaction between Gaga and Cook here:

One World: Together at Home will air April 18th, at 8pm EST so keep your eyes peeled. If you're itching for more news about the special concert, then keep scrolling to see the entire lineup.