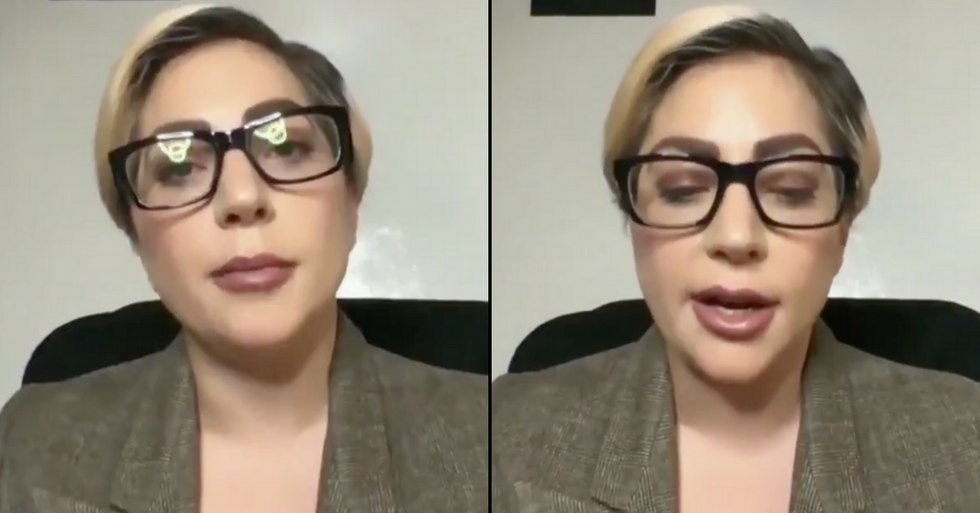 Although, that wasn't the only big thing she announced...

Keep scrolling to watch the clip for yourself, and to find out what other news the star has.

Although her latest move is her most admirable yet...

Today it has been revealed that the star has raised a staggering $35 million for the World Health Organization (WHO).

The star revealed the news today at the WHO's press conference online.

The funds were raised by herself and Global Citizen, and will go towards the WHO's relief fund for the virus. But that's not all...

During the conference, Gaga also announced something else...

The singer announced huge benefit concert named One World: Together at Home.  "We want to highlight the gravity of this historical, unprecedented cultural movement ... and we want to celebrate and encourage the power of the human spirit," Gaga explained on the live stream.

Gaga will perform alongside a stellar lineup...

However, the star said the purpose of the concert was not as a fundraiser, but to provide "entertainment, comfort, and solidarity."

“Put your wallets away ... and sit back and enjoy the show you all deserve," she added.

ABC, NBC, and CBS will all broadcast the concert live.

One World: Together at Home will air April 18 at 8pm EST.