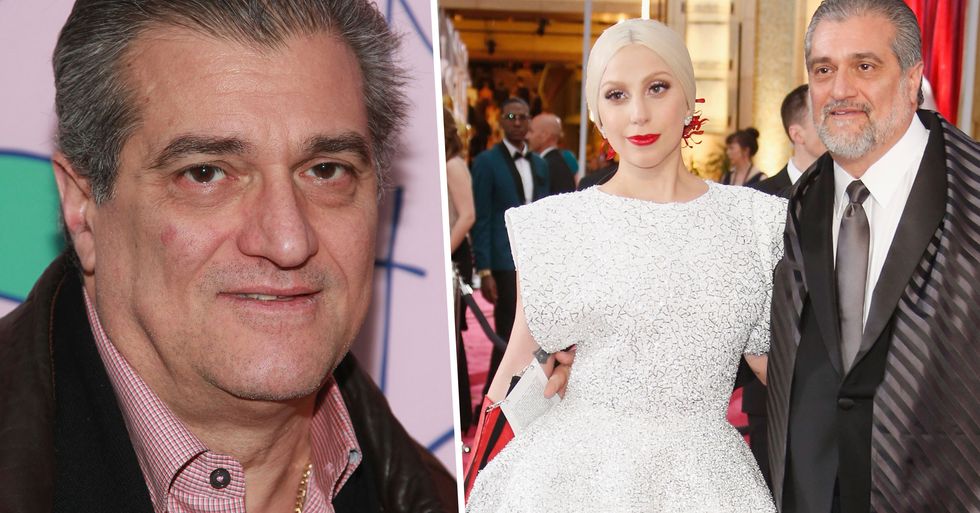 It's a rare occurrence for Lady Gaga to be in the headlines for a bad reason, but now she has been plunged into the spotlight because of her father.

Keep scrolling to learn about why he has been slammed during the COVID-19 pandemic...

And that is why we love her so much.

The thirty-four-year-old has become one of the most iconic pop stars of all time.

The release of The Fame in 2010 is considered to be Gaga's breakthrough.

Singles such as "Poker Face" and "Just Dance" reached number 1 in the U.S, Canada, Australia, and the U.K.

The young singer rapidly rose to fame over the next few years...

And she is now best known for hits such as "Bad Romance," "Telephone," "Born This Way," and of course, "A Million Reasons."

And even though her music is incredible...

Her ever-changing style over the years is something that truly put her on the map.

Now, who could forget that iconic meat dress?

Nope, that's not getting forgotten about any time soon!

She's more than just a singer, however...

Lady Gaga has had a couple of acting stints, such as starring in American Horror Story and A Star is Born.

And not forgetting Haus Labs...

She even owns her own beauty brand. Is there anything this woman can't do?

Gaga has a fiercely loyal following of fans...

And she is known for being super supportive and considerate of her worldwide fan base... this is one of the many reasons as to why people love her so much.

But it's no secret that her self-made success has benefitted her family greatly.

Gaga's father, Joe Germanotta, is known to be very close to his daughter.

The singer has been reported to claim that he is the only person she trusts financially and that he receives fifty-percent of his daughter's earnings.

Joanne Trattoria - which was named after his late sister - and Art Bird & Whiskey Bar.

But we are all well aware that the hospitality industry has taken a hit in the last few months.

Since January, the coronavirus pandemic has rapidly made its way across the planet and has left millions self-isolating in their homes - and of course, this means that hospitality businesses have been left with no income.

Joe has had no choice but to close Joanne Trattoria due to lack of business...

And he felt he couldn't do this alone. "I'm doing the best I can but we had to close Joanne for the month. Our staff needs some help financially. Any help for our employees will be appreciated," he wrote in a since-deleted tweet, according to Newsweek.

He set up a GoFundMe campaign over the weekend to raise money to cover the staff's wages.

The GoFundMe page reads, "As our doors remain closed longer than anticipated, our staff is finding it increasingly difficult to finance the daily necessities to keep them healthy, like groceries and insurance costs -- to say nothing of rent, utilities, and other recurring bills." "Our goal of $50,000 would cover our typical payroll for approximately 2 weeks, and 100% of the profits would go to our hourly workers to provide those necessary items like food, childcare, and medical expenses."

While this was initially a thoughtful gesture towards his staff...

People seem to be forgetting that his daughter pulled in $39.5 million in 2019, according to Forbes, while her net worth hovers around $300 million thanks to album sales, tours, and endorsements, according to CelebrityNetWorth.

Many Twitter users felt that it was time for Gaga to step in herself, rather than rely on the working-class public.

And, of course, people decided to get very political.

Many were offended that Joe was asking people for money who were struggling to make ends meet themselves...

@germanottajoe why don't you ask your rich daughter to help you pay your employees? Just saying. The rest of us are… https://t.co/TTb5EaNPVb
— Cindy Maier (@Cindy Maier)1585406326.0

When $50,000 is pretty much nothing to someone of Lady Gaga's wealth.

Fans were not impressed.

Even though Joe has now closed the GoFundMe Page...

He or Gaga are yet to comment on the prickly situation. Make sure to keep scrolling to read about Lady Gaga's promise to fund over 160 classroom projects following mass school shootings...