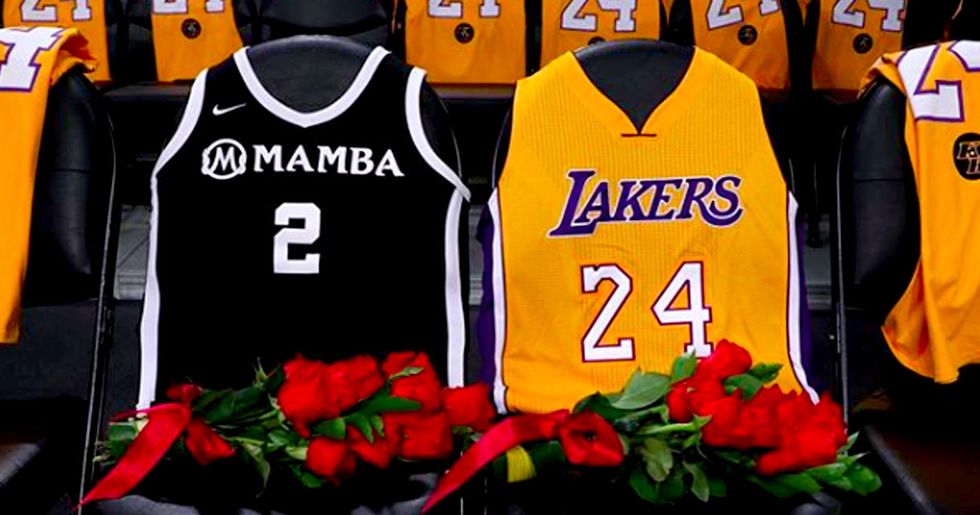 Celebrities have reached out to leave touching tributes for the star. Now the Lakers themselves have paid a heartbreaking tribute to Kobe and Gianna by placing their jerseys on two courtside seats for the first match after their deaths.

This is a celebration of the 20 years of the blood, the sweat, the tears, the broken-down body, the getting up, the sitting down, the everything, the countless hours, the determination to be as great as he could be.

Tonight we celebrate the kid who came here at 18 years of age, retired at 38 and became probably the best dad we’ve seen over the last three years.

That's what Kobe put into everything in life. Basketball, marriage, fatherhood. And that's why the world is mourning.

The Lakers also paid a tribute.

In the same game, the first one since Kobe's death, the Lakers also paid a tribute to Kobe and all those who died in the horrific accident.

Everyone in attendance at the Lakers game was gifted a Kobe Bryant shirt in memory of the legend himself.

Courtesy of the Lakers themselves.

But that wasn't all.
Lakers players all wore shirts with Bryant's numbers - eight and 24 - during their warm-up.

The players were introduced as Kobe Bryant.

Each of the Lakers players was then also introduced as 'Number eight, Kobe Bryant'. A poignant farewell for one of the all time greats.

And they placed two jerseys for Kobe and Gigi.

In perhaps the most emotional move of all, the Lakers placed two jerseys out for Kobe Bryant and Gigi just days after their deaths.

Two seats remained empty last night. They were the ones of the two most loved people in the room: Kobe Bryant and Gigi.

They were on the courtside.

They had the best view in the house. Two courtside seats. But the saddest thing of all?

It's where they sat last time.

Usher opened the Lakers' Kobe tribute with a breathtaking rendition of Amazing Grace - we talked about what it felt… https://t.co/XXxmMUAVyu
— Rachel Nichols (@Rachel Nichols)1580539108.0

The last time Kobe and Gigi ever watched a game together, they sat in those exact seats. For some reason I find that incredibly moving...