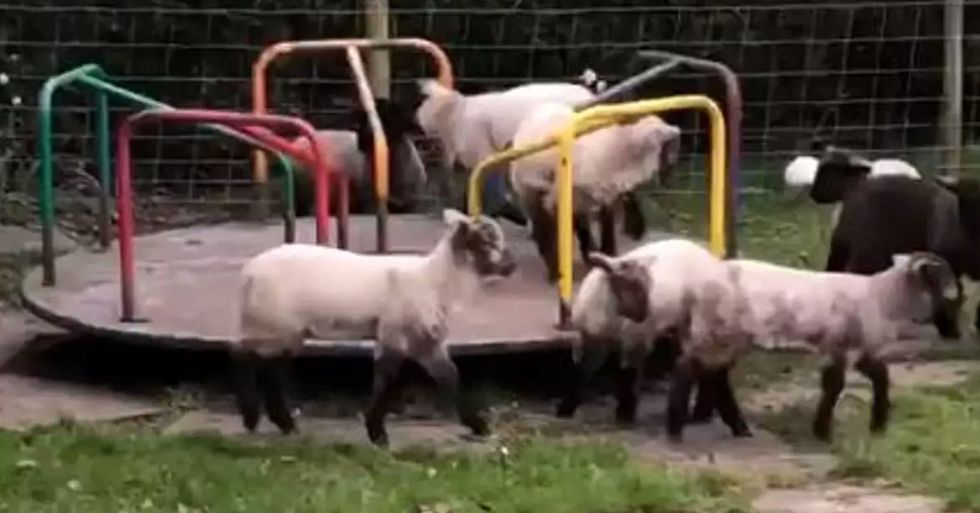 As a whole bunch of lambs decided to take over a children's playground.

Want more animal-related virus news? Scroll on for the tiger at the Bronx Zoo who has tested positive ...