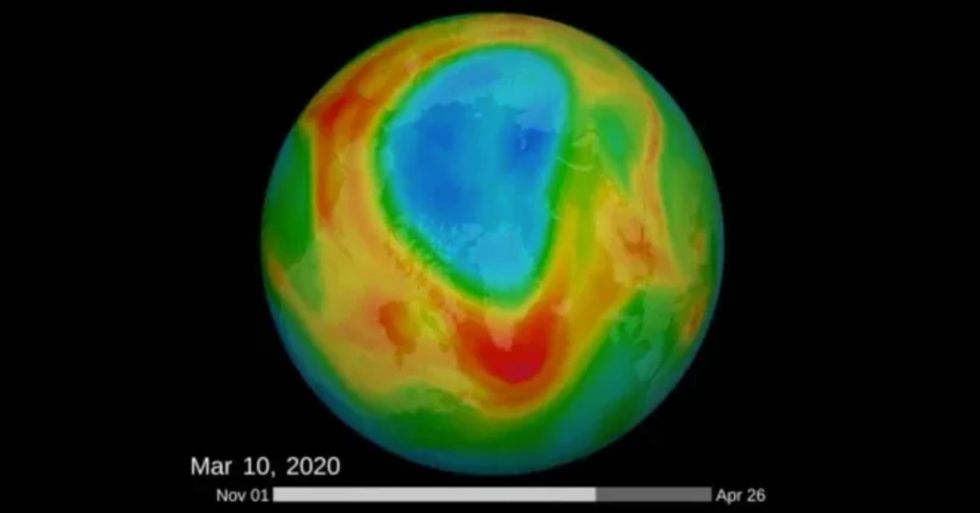 But now it seems there's been some incredible news. Keep scrolling to why this is so unbelievable...

Last summer saw some of the hottest months ever recorded by humans in history across Europe, highlighting the urgency to act.

However, amid the global pandemic...

The empty streets have made a staggering impact on the environment. It truly goes to show how the human race has severely damaged Planet Earth over the centuries.

Wuhan is where the coronavirus initially started, and since the city’s lockdown back in January, nitrogen dioxide levels have dropped drastically.

Mother Nature is thriving more than ever, with plants flourishing and wildlife making appearances in the most unlikely of places – including bottlenose dolphins recently swimming in the crystal clear canals of Venice in Italy that are usually overridden with tourists.

Perhaps the most remarkable thing?

Scientists have announced a huge hole in the ozone layer over the North Pole has now closed.

This is such surreal news.

Because the hole had formed earlier this year and reached its maximum size only a few weeks ago.

It was the largest ozone hole ever recorded...

Researchers believe the hole was caused by an unusually strong polar vortex, which means that it likely has nothing to do with the drop in air pollution due to the lockdown.

Either-way, the news is incredible...

"It is very unusual for such strong ozone depletion to occur in the northern hemisphere, but this year’s polar vortex was exceptionally strong and persistent, and temperatures were low enough to allow stratospheric cloud formation for several months, "Antje Inness from the Copernicus, Atmospheric Monitoring Service told Euro News.

Away from Soderlund's wacky recommendation, it's clear that more still needs to be done to save the planet. And if this article has got you in the mood to make a change, we've got you covered as we've listed fifty ways in which you can help save the planet. A small change can make a huge difference, keep scrolling to see what you can do.