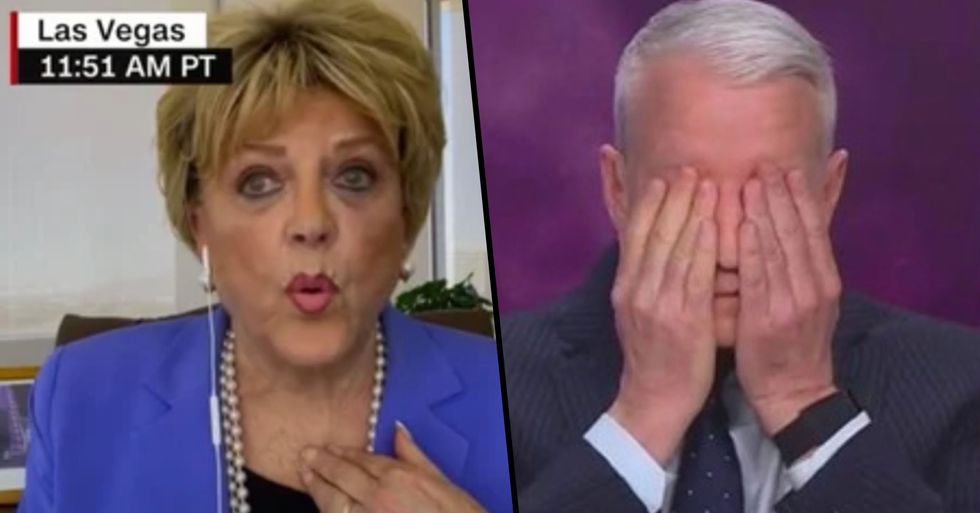 It seems as though not everyone in America is on board with respecting the social distancing measures put in place, even those in power. But they don't realize, that they're putting the lives of so many people in more danger, including those out on the front lines.

Keep scrolling to see the shocking comments the mayor of Las Vegas had for us as she volunteered the people of Las Vegas as a "control group..."

When it comes to medical pandemics, we need our healthcare professionals.

But, more often than not...

They, themselves, put their own health at stake.

Our healthcare services are strained enough as it is...

And we have to remember that they are people too and with the current medical crisis only getting more serious, the conditions become worse for them.

Doctors and nurses have been pleading for masks.

Across the globe, staff have been forced to re-use dirty masks or even make their own.

How has this been allowed to happen?

But now, to make matters even worse...

Some people have been deliberately going out of their way to make the lives of our medical workers even more difficult including the mayor of Las Vegas who made some pretty outrageous claims on Wednesday.

People are protesting for an array of different reasons.

But, regardless of why they're protesting...

It is undeniable that, by gathering in large groups, they are potentially endangering the lives of thousands, and are thus putting extra strain on our health care services.

@MarcZenn @declandebarra These scumbag "protestors" should be refused medical care if they get sick. Let them ride… https://t.co/V34DNEEbSm
— Ari Solomon (@Ari Solomon)1587344739.0

However, things took a dramatic turn as the mayor of Las Vegas decided to get involved...

In a shocking interview, which you can watch if you keep scrolling, with Anderson Cooper, Carolyn Goodman revealed she had suggested the city be a virus "control group."

This statement came after she pleaded for casinos to be opened immediately.

She claimed that because only 150 people had died in Vegas so far, it was simply not enough of a reason to shut down a city of 2.3 million citizens.

When the host of the interview brought up the fact that the numbers were low because of the strict measures in place...

Goodman was having none of it.

She bit back with this response:

The proposition shocked and disgusted the host who replied:

"You're offering the citizens of Las Vegas to be a control group to see if your theory on social distancing works or doesn't work?"

Even though she was insistent that she didn't mean that, her next statement said otherwise...

"What I said was I offered to be a control group, and I was told by our statistician we can't do that, because people from all parts of southern Nevada come in to work in the city," she replied. "And I said 'Oh that's too bad'."

And she just kept on digging...

"Because I know when you have a disease, you have a placebo, that gets the water and the sugar, and you get those that gets the actual shot. We would love to be that placebo so you have something to measure against."

So you're out here comparing human lives to a little science experiment?

And when Cooper asked thousands of people drinking and touching slot machines and breathing re-circulated air sounded "like a virus petri dish?", she accused him of being "an alarmist."

She also went on to say she would open up the casinos with social distancing in mind...

But she just didn't know how to do that. What is this woman on?!

"I don't know anything about building a casino!" She exclaims.

Then why suggest such an absurd and destructive thing? "Right now we're in a crisis health-wise, and so for a restaurant to be open or a small boutique to be open, they better figure it out," Goodman insisted. "That's their job, that's not the mayor's job."

Thank God this deluded woman does not have the power to re-open the city.

Dear Las @Vegas. It would appear that your @mayoroflasvegas Carolyn Goodman is dangerously misguided. I am not easi… https://t.co/41XAwQl07I
— Jimmy Kimmel (@Jimmy Kimmel)1587581049.0

Citizens from all different states called her out for her statements, including talk show host, Jimmy Kimmel who claimed she was "dangerously misguided."

We can only hope that these deluded protestors and leaders will soon see the errors of their ways, and give our health care workers the rest that they both need and deserve. These last couple of months have been unbelievably difficult for our medics, and the behavior of the public certainly hasn't been helping. Keep scrolling to read the heartbreaking story of the nurse who was greeted with empty shelves in her local supermarket after a forty-eight-hour shift...