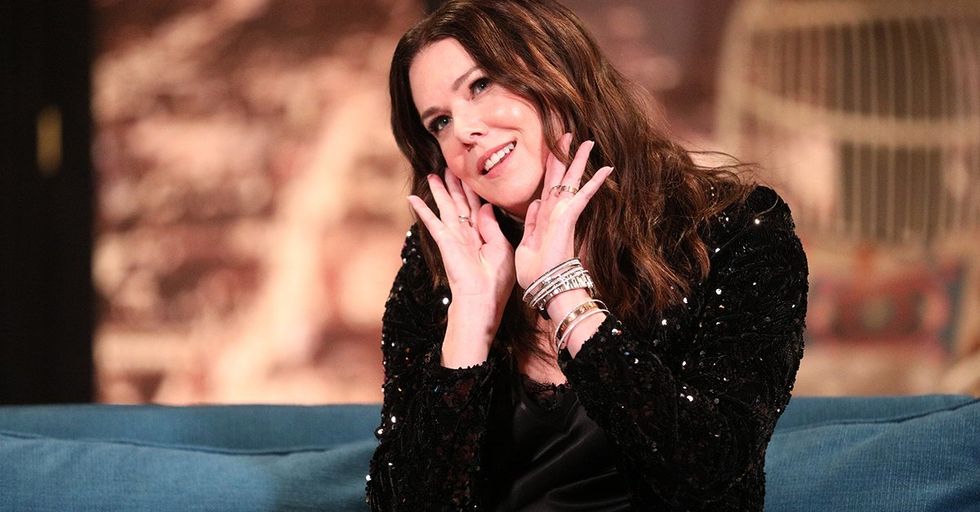 The Marvelous Mrs. Maisel burst on the streaming scene when it hit Amazon Prime back in 2017, and it immediately captured the hearts of fans everywhere. While the titular Maisel’s transformation from picture perfect 1950s housewife to a raw stand-up comedian is engaging enough on its own, the show’s real charm shines through its quippy dialogue and an eclectic cast of eccentric characters caught up in the wake of her unlikely journey.

The voice behind The Marvelous Mrs. Maisel is that of Amy Sherman-Palladino, a writer, director, and producer who you may also remember as the creator of another all-time classic comedy-drama—Gilmore Girls.

The Gilmore Girls story may have come to an end for now, but one member of the old crew is interested in another round in the Sherman-Palladino multiverse. Lauren Graham, the actress who brought Lorelai Gilmore to life, wants in on season three of The Marvelous Mrs. Maisel.

If you haven’t been watching The Marvelous Mrs. Maisel, first, have you been living under a rock??

Second, proceed with caution—there may be a spoiler or two in here.

For anyone who isn’t caught up on all things Maisel.

The Marvelous Mrs. Maisel is a period comedy-drama set in the late 1950s. The show stars Rachel Brosnahan as Miriam "Midge" Maisel, a housewife whose charm and wit are being wasted on a narcissistic husband, Joel.

That is, until he breaks things off.

Joel is a failed stand-up who can no longer live with the shame of bombing at open mics in front of his wife, and leaves Midge and their two kids for his secretary.

Midge is both blindsided and devastated as her world is turned upside down.

With nothing to lose she decides to try her hand at stand-up, and realizes she’s actually pretty great.

The first season was released back in 2017, and it quickly became a fan favorite.

Just a few months after its initial premiere, Amazon picked up the show for a two-season order.

It swept the awards circuit.

Season two of The Marvelous Mrs. Maisel was released December 5, 2018.

But before the second season even hit Amazon, it was renewed for a third season by the streaming service.

Unsurprisingly, audiences have been thrilled with the show.

Fans love Midge’s charm and spirit, and many have found the show’s themes of female empowerment inspiring.

From the vintage costumes to the fast-talking flair, it’s not hard to see why Maisel has found such a passionate fanbase.

A lot of that signature style is thanks to Amy Sherman-Palladino.

One of my favorite episodes ever, I’m obsessed. The Marvelous Mrs. Maisel is hilarious and the color is beautiful.… https://t.co/TlEWRaOnHT
— Riley (@Riley)1552790185.0

The show creator is known for her smart, fast-paced dialogue, as well as her sweeping master shots like this one from the season two episode of Maisel.

You might also recognize that style in another fan-favorite dramedy.

Sherman-Palladino is also the mind behind the classic television series Gilmore Girls.

Gilmore Girls was a show about a mother and daughter, Lorelai and Rory Gilmore.

Played by Lauren Graham and Alexis Bledel, Lorelai and Rory lived in the fictional town of Stars Hollow, Connecticut.

The two shared a special bond, and also drove each other crazy.

The show explored the pair’s uniquely close relationship as they both experienced the ups and downs of family drama, relationships, career successes and disappointments, and more.

The show is a true classic.

It’s been named one of the greatest TV shows of all time and got a Netflix reboot in 2016 titled Gilmore Girls: A Year in the Life.

Now, the worlds of Gilmore Girls and The Marvelous Mrs. Maisel are about to collide.

Turns out Lauren Graham loves Maisel just as much as everyone else--so much so that she asked Sherman-Palladino if she could guest star in the upcoming season.

Graham even pitched an original character for the show.

“Lauren wants to be something very specific," Sherman-Palladino told The Hollywood Reporter. “She has it all figured out."

Sherman-Palladino called the actress, “her queen."

The show creator told Entertainment Tonight that Graham is the reason she has a career, and that she was working to make her request fit in the show.

Others seem to agree with Sherman-Palladino’s assessment.

Fans of the show are pretty excited to see the Gilmore Girls star join the cast.

Graham’s fan base is pretty passionate.

Gilmore Girls has a cult following that extends to its beloved stars, Lorelai and Rory.

Getting even more of that goodness in Maisel is basically the cherry on top of a Sherman-Palladino sundae.

Plus, it means that much more mystery to look forward to in season three.

Unfortunately, there’s no word on the exact details of Graham’s new character.

But fans of the show can definitely speculate based on the ending of season two, when Midge was deciding whether to go on tour opening for singer Shy Baldwin or stay home and marry her new sweetheart Benjamin Ettenberg.

Where could Graham fit in the world of Maisel?

If Midge does decide to take the leap in her stand up comedy career, the sky’s the limit for who she might meet on the road. A competing stand-up? A rival for Benjamin’s love? A 1950s movie star?? Why won’t they just tell us already!?

There’s still a lot of questions around season three.

The Maisel team remains tight-lipped. In a recent panel, Sherman-Palladino confirmed she had only written one script of the new season, reports Variety.

Here’s what we do know.

The show creator revealed that season three would be a huge expansion upon the world of Maisel as we know it. “We’re definitely going to some different places in Season 3," she told Variety.

This season the up-and-coming comedian will finally get the chance to really explore her passion, and maybe even get some well-deserved recognition.

Graham isn’t the only new guest star joining the cast.

Sterling K. Brown of This Is Us fame is rumored to be making an appearance on Maisel season three.

Obviously we don’t know anything about his potential character, either.

In an interview with Entertainment Tonight, the show’s star Rachel Brosnahan said the actor was “still in negotiations."

There could be even more exciting guest stars to come.

If Sherman-Palladino runs out of ideas, the show’s fans definitely have some suggestions.

So far the series has not set a new premiere for season three.

Whatever season three brings, fans are just excited to see more of Midge.

Just please release it soon guys. I binged season two in one weekend.