Lea Michele is Pregnant with Her First Child | 22 Words 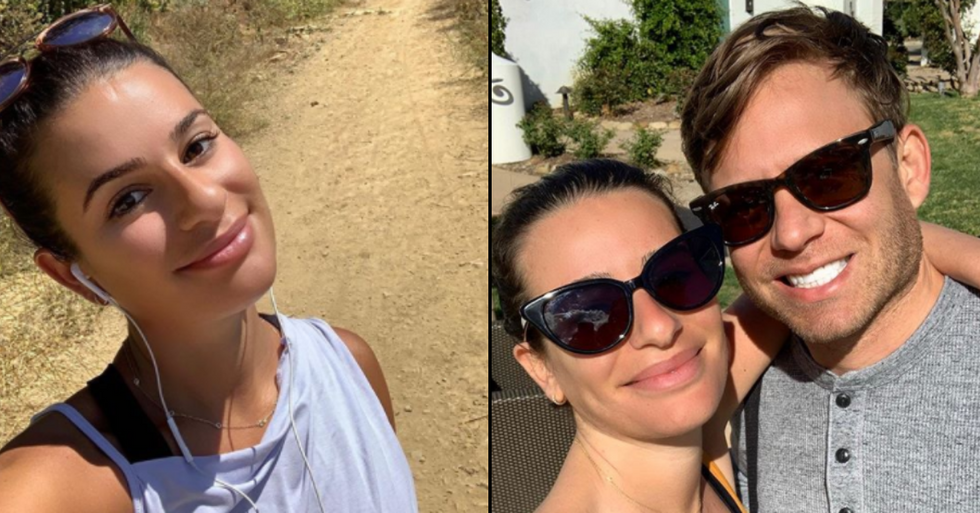 Lea Michele is Pregnant with Her First Child

Lea Michele is best known as the star of massive hit Glee. But since the show's end, she's been focusing more on her personal life. And now she and husband Zandy Reich have some very exciting news ...

Can you believe Glee is over 10 years old?

And if you're in need of a light-hearted binge-watch, it sure holds up!

For anyone who’s not seen Glee (yet), the show was created back in 2009 by Ryan Murphy (the same guy who brought you American Horror Story).

You can't accuse Murphy of being predictable!

With Glee, Murphy set out to make a high-school-based, musical comedy that would address real issues facing the youth of the day. With narratives following both the marginal and the popular in the high-school food chain, Glee tackles topic after topic, in a non-preachy and meaningful way.

It's a real journey.

Not only does Glee offer high-standard comedy-drama, it's also threaded together with really tight musical numbers.

Did you know that throughout the six seasons ofGlee the cast recorded a whopping 754 different songs and mash-ups?

That's a lot of singalongs.

The show's discography is an eclectic mix of modern pop music and old school hits. Like this classic cover of Fleetwood Mac's "Landslide".

Glee was prolific for having a steady stream of A-list cameos, from Gwenyth Paltrow to Olivia Newton-John.

Even Britney did a cameo!

Anyone who's anyone went to Mckinley High.

But what made Glee truly special? The cast.

Glee was a family. Most of the cast were unknown before appearing in the show and it's clear that they haven't forgotten where they came from..

Agron references one of the classic bangers I was referring to in her post; the full cast rendition of "Somebody to Love" from season one.

But one star who's basically synonymous with the show?

Her run as Rachel Berry was one of the show's most prolific performances.

Musicals are in Michele's blood.

She first started as a child actor on Broadway in Les Miserables aged 9.

During her six=year run on the show, she received nominations for Emmy and Golden Globe Awards.

She also garnered praise for her musical stylings.

Michele earned 3 Grammy nominations for music she created for the show.

During her time on the show, Michele found love, too.

She dated co-star Cory Monteith until his tragic death in 2013.

She began dating businessman Zandy Reich and quickly realized he was the one.

Leah's friends and family also approved of the match - which is always a bonus!

And he clearly felt the same way.

They became engaged in April of 2018 - with the rock to prove it!

It was a beautiful wedding.

They tied the knot less than a year later in March of 2019 in a private ceremony in Napa, northern California.

But now the pair have shared some even more exciting news.

A source has revealed to People that Michele, 33, and Reich, 37, are set to become parents for the first time.

"They’ve always wanted to be parents," says a source.

Massive congratulations to this adorable pair! But there's been another celebrity pregnancy that's got the internet feeling concerned. Scroll on for all the details on Amanda Bynes's controversial announcement.