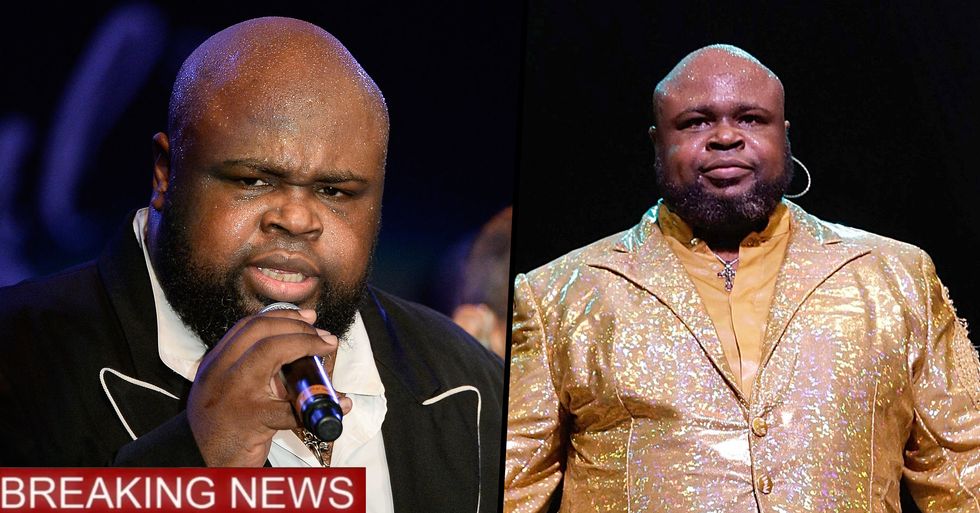 Tragic news has reached us that Bruce Williamson, the lead singer of The Temptations has passed away aged fifty.

Bruce Williamson has passed away.

He was just fifty years old.

The heartbreaking news was announced by his son.

His son posted an emotional tribute to his father on social media.

Bruce rose to fame after joining the popular band, The Temptations.

The star joined the band as the lead singer back in 2006.

The Temptations have been responsible for some huge Motown hits.

Including the likes of "My Girl," "The Way You Do the Things You Do," and "Get Ready."

Though he was not an original member of the group, this was a huge breakthrough for Bruce's career.

According to TMZ, the star once said he did "more in 6 months of being a Temptation than many artists have done in a lifetime."

Born and raised in Los Angeles, the star began singing from an early age in church.

And, having sung gospel music for most of his life, he also began singing R&B music in local clubs.

Williamson had shown interest in joining the legendary The Temptations group since 1994, according to his Wikipedia page.

And went on to make a contact and friendship in The Temptations vocalist, Ron Tyson.

After enjoying success with the group...

Bruce left in 2015 and was replaced by former Tower of Power vocalist, Larry Braggs.

But this week, some tragic news has reached us.

At just fifty years old, Bruce has passed away. He was believed to have been working on a solo gospel project at the time of his death.

The news was confirmed by his son in a statement.

"For the pass twenty-eight years he’s been like the Lil brother I never had. We were in the process of recording new music for his solo project while he continue performing he’s live gigs on the weekends [sic]."

Since the news of his tragic passing emerged...

Tributes have been pouring in online.

The cause of his untimely death has now been revealed.

According to reports, Bruce died Sunday night at his home in Vegas after battling COVID.

Our thoughts are with his family and friends at this unimaginable time. For more on the stars we've sadly lost this year, scroll on.