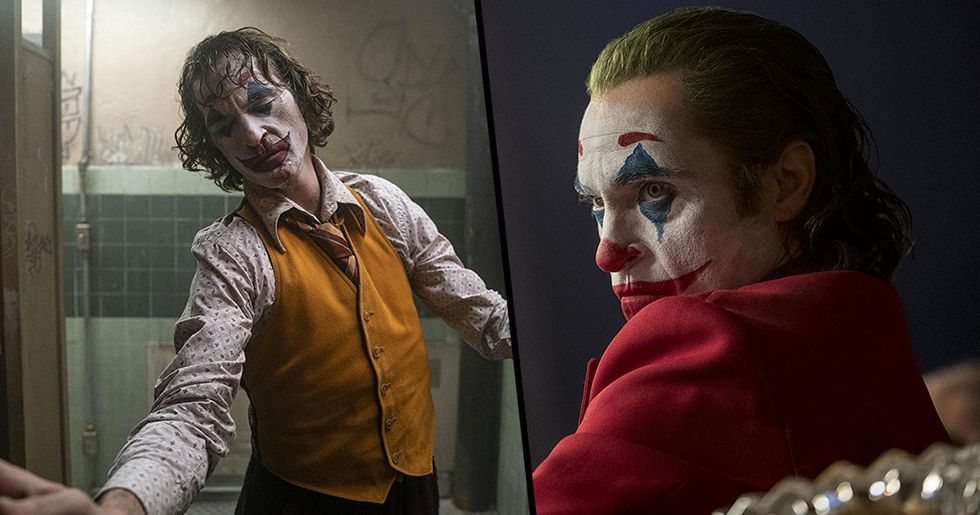 Joker has been nothing if not controversial since it hit theatres last month.

The origin story of Batman's nemesis, portrayed masterfully by Joaquin Phoenix, grappled with mental health in a way that no one expected. The movie suggests that the Joker became the evil mastermind following society's treatment of his mental state. Whilst some have considered this portrayal to be damaging and dangerous, others are considering it to be enlightening and important. Important in that the conversation surrounding mental health still has a long way to go.

A movie of this scale dealing with implications of mental health in such an intimate way is now being considered a potential educational tool.

Leading Neurocriminologist, Adrian Raine, has spoken out, detailing why he considers Joker to be such an educational triumph.

Over the first weekend alone it raked in an eye-watering $93.5 million at the US box office - although we aren't entirely surprised, given the huge anticipation in the lead up to its release.

via: University of Southern California

Raine is a leading Neurocriminologist, who is an expert in the field of criminal behavior. He happened to watch the Joker with his nephews and was not expecting to unearth the perfect study of how a human can fall into criminal behavior through past trauma, genetics, and untreated mental illness.

Raine is the author of The Anatomy of Violence: The Biological Roots of Crime.

His study into the criminal mind is a highly acclaimed work in the field of psychological study. The book was awarded The Athenaeum of Philadelphia's Annual Literary Award and won New Scientist Best Book of 2013. Raine's work looks at what makes someone become a killer and grapples with whether becoming a mass murderer is an innate predisposition or is the result of outside interference.

Adrian has studied the cause of crime and violence for forty-two years.

A scholar, lecturer, and general criminal buff, if anyone can say Joker is educational, it's this guy. I mean, if someone who knows everything there is to know about the criminal mind found Scott Silver's script enlightening, then I think we ought to listen.

"What a revelation this was."

In an interview with Vanity Fair, Dr. Raine expressed that: "While watching this film, I thought, 'Wow, what a revelation this was. I need to buy this movie down the road, make excerpt clips of it to illustrate' […] It is a great educational tool about the making of the murderer. That threw me."

In one scene, Phoenix's character has one of his laughing fits (which is an element of his condition) whilst sitting on a bus. We watch as the other passengers shoot him unfriendly looks. Although giving a stranger an unfriendly look shouldn't amount to them becoming a mass murderer, it speaks of a wider problem about how mental illness can ostracize those that are a victim to it.

"We don’t want to stigmatize mentally ill people as being dangerous people."

Dr. Raine makes the important point that the movie shouldn't be perceived as suggesting that mentally ill people pose a threat. Rather Adrian considers that the plot of Joker proves the importance of treating people with mental illness. He considers that, under the circumstances, Phoenix's Arthur did not have "free will, given his life. He was a walking time bomb waiting to explode—all it took was some significant life stress, beatings up, losing a job. You’ve got nothing left..."

Undiagnosed and untreated mental illnesses can spiral into dangerous and unpredictable behaviors. Dr. Raine considers that Joker proved that "no one is born into that kind of violence," and that Arthur's destiny was laid out by the consequences of an unsupportive society.

Dr. Raine isn't the only one who saw the educational benefits of the movie.

Twitter user, Brian, considers that he learned more watching Joker than he ever did in his sociology class.

For some, it might not be an easy watch...

But many are in agreement that this movie is an important movie to go and see.

Who knew DC would be leading the way in teaching mental health?

Whether we were expecting it or not, I think that there are many people out there who will benefit from themes regarding mental health awareness hitting the mainstream. For more Joker related content, continue scrolling. Up next we've got the fifty best memes reacting to the Joker premiere.