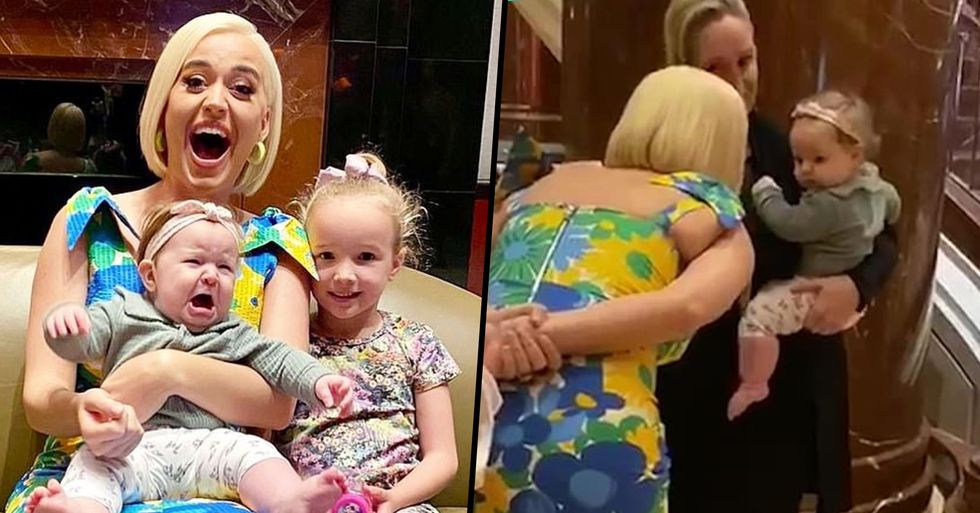 Katy Perry and Orlando bloom have revealed the name of their daughter and it's adorable.

However, a leaked video reportedly shows that Katy 'stole' the name for her newborn.

Yesterday, Katy Perry announced that she had given birth.

The star uploaded an adorable Instagram snap to announce the happy news to fans.

And obviously, everyone was dying to find out her name.

So, as you can imagine some people were thrilled when they got a glimpse of the new arrival.

But, as with everything, some people weren't happy with the name choice.

Although this is just one of several head-turning celebrity baby names...

...Someone has claimed that she stole the name she gave to her daughter.

A very telling video has been leaked form 5 months ago.

And it's left fans reeling. Maybe Katy's name choice isn't as original as these other celebrity babies...

But not everyone was so happy with their name choice.

In fact, an Australian radio presenter even claimed that she 'copied' her daughter's name.

Fev said, "I think she copied [the name], because we met her and I've never seen a woman or any person love someone else's kid as much as she did!"

In which she is referring to the time back in March, when fellow presenter Fifi Box met Katy at a bushfire relief concert. There, she introduced Katy to her two children, Daisy Belle, and Trixie Belle.

Fifi responded to her colleague's thought adding "It's funny, Fev. I just had a feeling because you were there and we obviously recorded an interview for the radio."

And the footage speaks volumes.

Fox FM released behind-the-scenes footage of Fifi and her children meeting Katy back in March, in which Katy can be heard saying "It's a great name!"

Speaking of the video, Fifi also added that "When we were away from the microphones, she was really obsessed with Daisy and her name."

Now we know why!