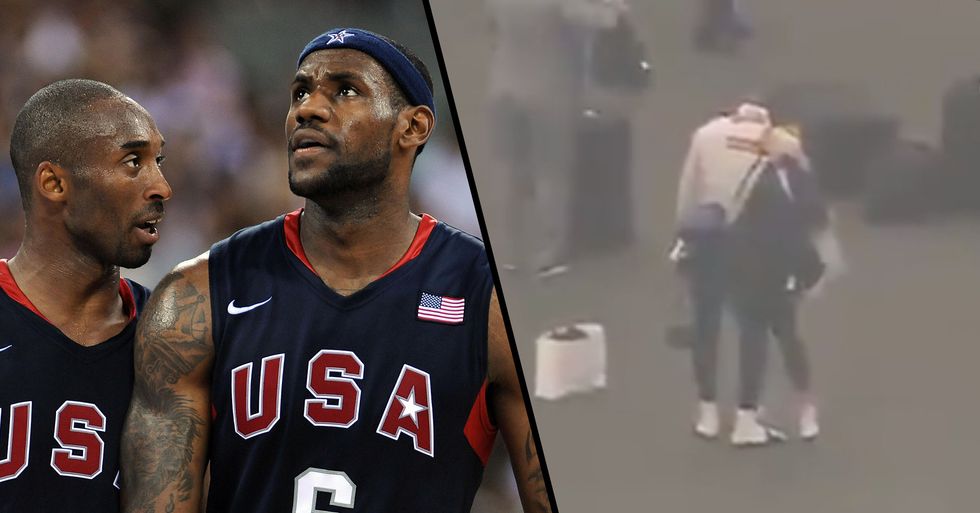 Keep scrolling to see the video of Lebron James hearing the news of his idol's death.