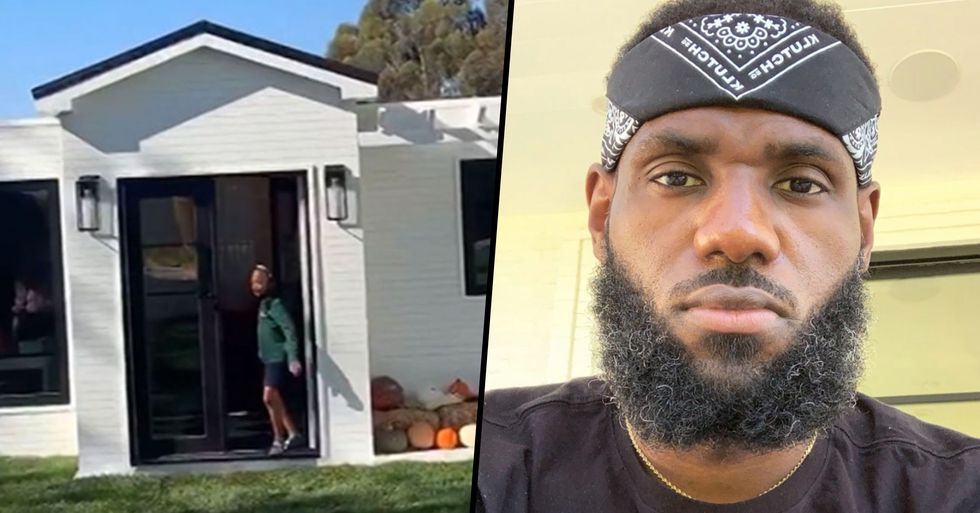 NBA legend, LeBron James has bought the most incredible present for his 6-year-old daughter Zhuri.

We can't get over how extravagant it is...

LeBron James is a dad of 3, and it's clear that he does everything to make his kids happy...

Even if the request is a little ridiculous.

His daughter, Zhuri got a lot more than she expected on her 6th birthday...

After asking her dad for a playhouse. But first, a little background on the NBA star...

But it's not just other people's kids...

Bronny, sixteen, Bryce, thirteen, and Zhuri, 6 have an amazing role model of a dad to look up to. And his latest present to Zhuri shows he really does go above and beyond...

He has gifted his daughter her very own mini-mansion, that looks exactly like their house.

LeBron returned home at the weekend after 3 months isolated from his family, just in time to give Zhuri the incredible gift for her 6th birthday.

He posted the beautiful playhouse on Instagram, which was built in the corner of the family’s back garden.

It is the image of their $23 million family home in LA, complete with kitchen and study area.

In the video, James went into the playhouse and asked if he could sit down before Zhuri started sweeping up after him.

He asked if she was taking a break from studying...

Before the pair sat on the patio to eat breakfast together.

No doubt Zhuri is glad that her dad is back, after being in a secure "bubble" with his teammates to stop the spread of coronavirus...

We can't get over how magical that playhouse is. Keep scrolling for more on LeBron James, including more on why he's been isolating for 3 months...